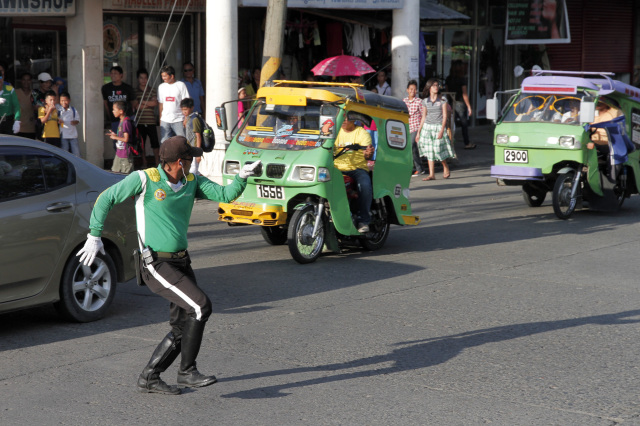 TAGUM CITY—Tagumenyos are advised not to get shocked if they see dancing men in green uniform in the middle of busy streets during rush hour.

Major streets in the city are now manned by dancing officers directing the flow of traffic, to the amusement of motorists and the riding public. 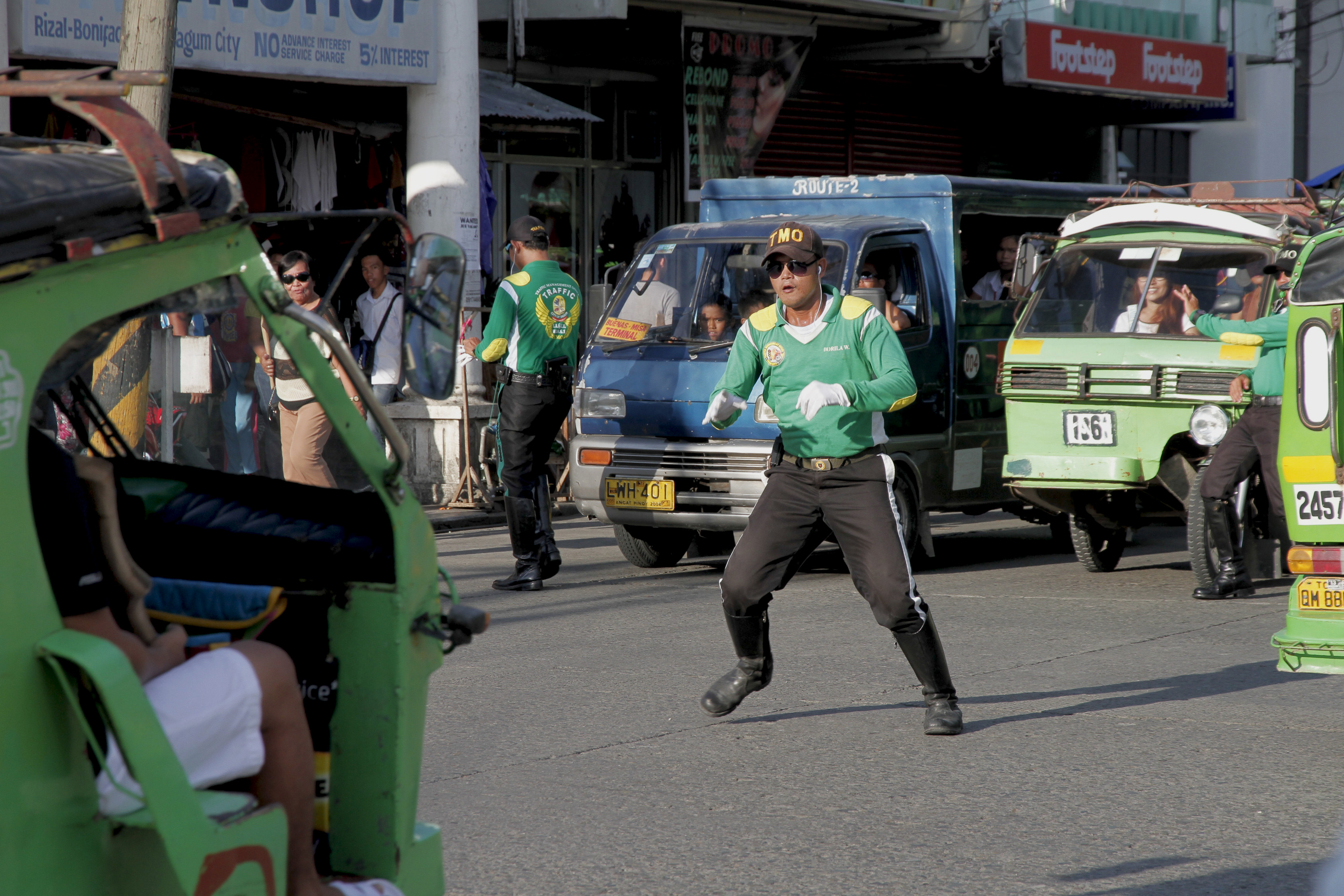 This innovation was launched last August 22, 2014 after the selected 20 TMO underwent a professional training by a dance instructor commissioned by the City Government of Tagum, according to Traffic Management Office Head Insp. Cosme Masepequiña.

Among the identified streets where the public can see the “performance” of these traffic officers are in the National Highway, Rizal Street and Pioneer Avenue, among others.

Masepequiña assured the public that the flow of traffic is still the topmost concern of these officers, adding that their dance exhibitions are also in strict accordance with the usual rules and styles in managing the flow of traffic.

On his part, Mayor Allan L. Rellon strictly advised the dancing traffic officers not to accept money from motorists since they reported that there are some who seemed amused and entertained with their performance and felt the need to hand them money—a thing they politely declined.

One amused pedestrian even recorded the dancing traffic officers and uploaded it to social networking site Facebook which has gone viral in the city.

Meanwhile, the City Government already kicked off its conduct of traffic assessment leading to the formulation of a Traffic and Transport Technical Proposal, which aims to ease traffic congestion within the identified junctions and sustain orderliness in the transport system.

The proposal will pave the way to the 25-million peso traffic signalization project that will be funded by the World Bank upon the recommendation of the League of Cities of the Philippines.

Under the proposal, traffic lights worth five million pesos each will be installed in five major streets within downtown Tagum. | Louie Lapat of CIO Tagum