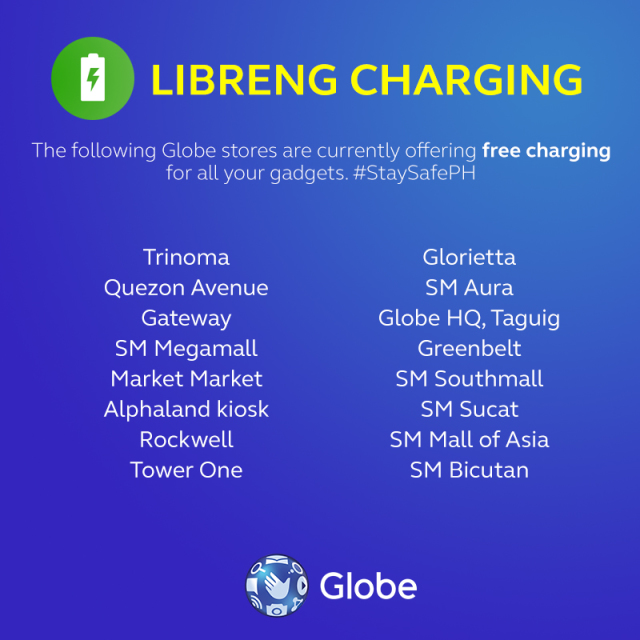 Globe has announced that despite Typhoon Mario, there is no reported network disruption in the National Capital Region.

Selected Globe stores in Metro Manila have also offered free charging for customers’ mobile phones and gadgets. We hope you can share the attached photo to help spread the word.

To help share valuable information on how to be safe during calamities such as Typhoon Mario, Globe has also initiated its public service drive in social media through #StaySafePH.