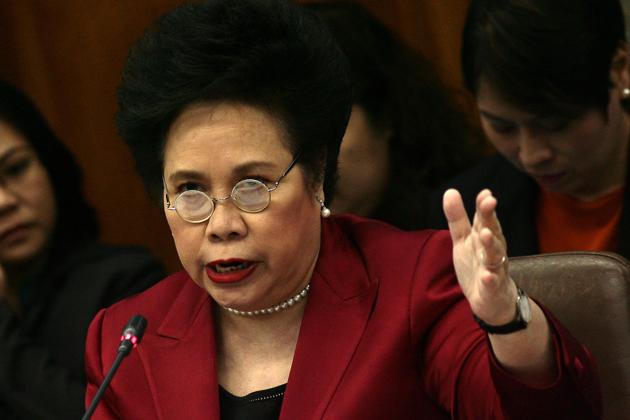 If Senator Miriam Santiago will pursue presidency in 2016, she wants Davao City Mayor Rodrigo “Rody” Duterte to be her Vice President

Santiago said Duterte would be an excellent vice president.

“I would love to run with [Rody] Duterte whom I have always loved from the very beginning,” Santiago said.

“I am considering [Rody] Duterte in my opium dreams,” she added.

If she won’t run for president, Santiago said she might join the International Advisory Council of a non-government organization or write a book in the U.S.

However, The senator, who has been diagnosed with lung cancer, said she will not pursue this plan if she does not fully recover by the end of this year.

“I have many plans. Only my body is sick with cancer but not my brain,” Santiago also said.

“If I do not die of cancer, I will die from making a living because these cancer pills are so expensive,” she added.