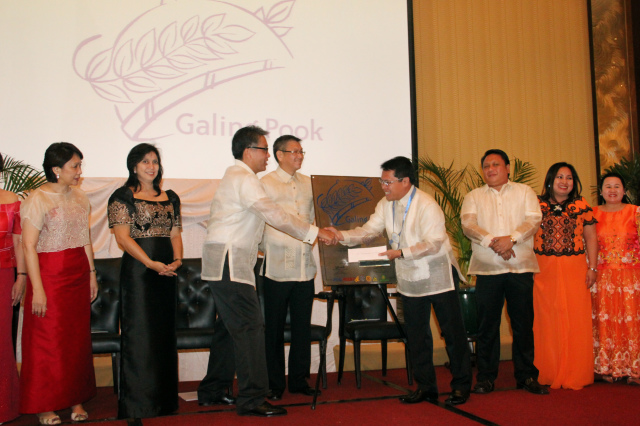 “Tagum City established the night market to organize and improve the lot of its many ambulant vendors while improving the income generation of the local government that the latter uses to finance its public services and its other development programs,” said Galing Pook Chairperson Ma. Lourdes Fernando in her speech.

The winners of the Galing Pook Awards are selected through a multi-level rigorous screening process and are evaluated on positive results and impact, promotion of people’s participation and empowerment, innovation, transferability and sustainability, and efficiency of program service delivery.

Assisting Mayor Rellon in receiving the award were City Vice Mayor Geterito Gementiza, members of the 6th City Council of Tagum and some department heads and employees of the local government.

BEST PESO IN THE PHILIPPINES

Meanwhile, the Public Employment Services Office of the city government was once again declared as Best PESO in the country for the component city category, awarded by the Department of Labor and Employment during the 14th National PESO Congress held at General Santos City last October 22, 2014.

Both were recognized for excellently implementing the delivery of employment facilitation programs and services of DOLE, as highlighted by Mayor Rellon who shared with all PESO managers the city’s best practices during the said national congress.

On the other hand, Tagum was also recognized as a finalist in the Search for the Most Business-Friendly Local Government Unit Award “for exemplifying commendable initiatives towards good governance reforms that promote trade and investments, and significantly contribute to local economic development.”

The award was given by the Philippine Chamber of Commerce and Industry last October 22, 2014 in time for the 40th Philippine Business Conference held at Manila Hotel.