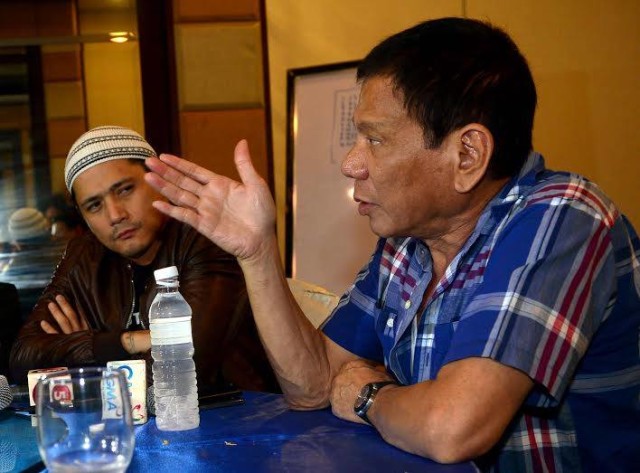 Popular movie actor Robin Padilla has urged Davao City Mayor Rody Duterte to run for President in 2016 saying that the colorful and controversial Mindanao leader is the nation’s hope in the fight against corruption, drugs and criminality.

The equally controversial movie actor, who converted to Islam while in jail for illegal gun possession several years ago, visited the Davao City Mayor with two of his brothers Saturday to pledge his support should Duterte decide to vie for the presidency.
Duterte thanked the movie actor for his pledge of support but continued to be evasive on the issue of the Presidency. 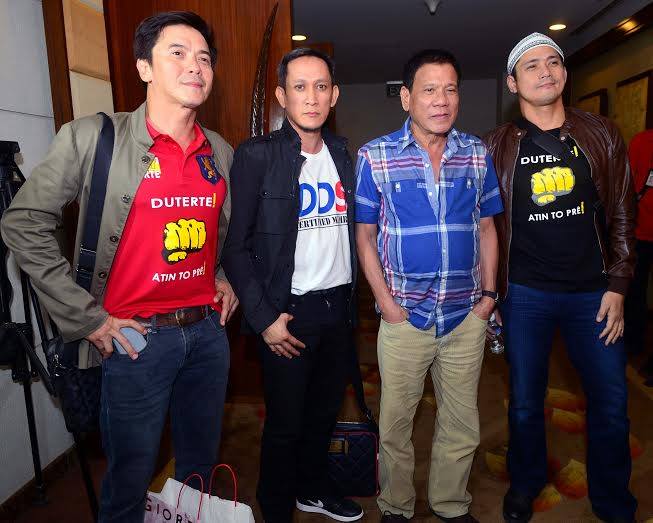 Duterte, however, was clear cut in his refusal to Robin Padilla’s offer to do a movie on the life and loves of the 70-year-old Mayor who has been called “The Punisher” by the Time Magazine for his highly successful campaign against criminality and his drugs in Davao City.

Duterte’s anti-criminality campaign, called by Human Rights activists as “brutal” and extra-judicial, transformed the city of almost 2 million people from the “Killing Fields” of communist death squads in the 1980s to become No. 4 in the list of the World’s Safest Cities to Live In.

Recently, Davao City was also named the 7th Best Cities to Work In, a recognition mainly based on communications infrastructure, peace and security and the cost of food and living.

In rejecting Robin Padilla’s offer to do a movie on his life, Duterte said in jest that the cost of the production of the movie will be very high because “there will be so many leading ladies.”

Duterte, whose marriage has been annulled, publicly admits to having girlfriends.

There have been previous offers to Duterte for a movie based on his life and exploits as a tough local government official which involved millions of pesos in movie rights but these have been rejected by the City Mayor.

Duterte, who is a very private person who does not even hold a mobile phone, is known to shun self-aggrandizing propaganda calling this as “epal.”

He maintains a policy of not allowing his name to be emblazoned in billboards erected in government projects all over the city.

Duterte has also refused to receive awards proclaiming him as an “Outstanding Mayor” even from international organizations.

“I am just doing the job which the people of Davao wanted me to accomplish,” Duterte said in turning down the recognitions and awards.