On February 23, 2015 the Davao Eagle Online team visited the wonderful city of Tagum for the Opening ceremony of “KAGIKAN: The Araw ng Tagum Exhibit” held at Gaisano Mall of Tagum Atrium. It is in line with the two-week “TRIO” Celebration of the city; the 17th Araw ng Tagum, “Tagumenyo Bisa’g Asa”, and the prestigious Musikahan Festival. As mentioned, it is not just an ordinary celebration as the city government made a brilliant idea in merging three of the most important events in the city.

Kagikan, which means “origin”, shows the diversity of people in Tagum, from its indigenous settlers to the early migrants. The exhibit aims to share the history of the city to the new generation and to re-introduce its colorful culture and tradition. It is a tale of the ingenuity of the Lumads (natives), the perseverance of the Muslims and the brilliance of the migrants who learn to co-exist as a one, peaceful, united community. Unfolding the gift from the past, Kagikan also gives meaning to the existence of the Tagumeños through offering a wide collection of indigenous clothing, weapons, instruments, gears and some other significant things that preserve the people’s identity as a treasure from their ancestors.

The program started with a heartfelt invocation by Mansaka Datu Romeo O. Dansigan and Imam Haris Mamasaraya to bless the exhibition, and a doxology from the Tagum City National High School Dance Theatre Guild, followed by the singing of the Philippine national anthem.

Ms. Lourdes P. Caasi, chairperson of the Araw ng Tagum Exhibit officially welcomed the guests with her inspirational message. One of the things that made the event meaningful was the cultural presentation of the TCNHS Dance Theatre Guild who entertained the audiences with their amusing folk dance and interpretation of a happy Filipino culture. 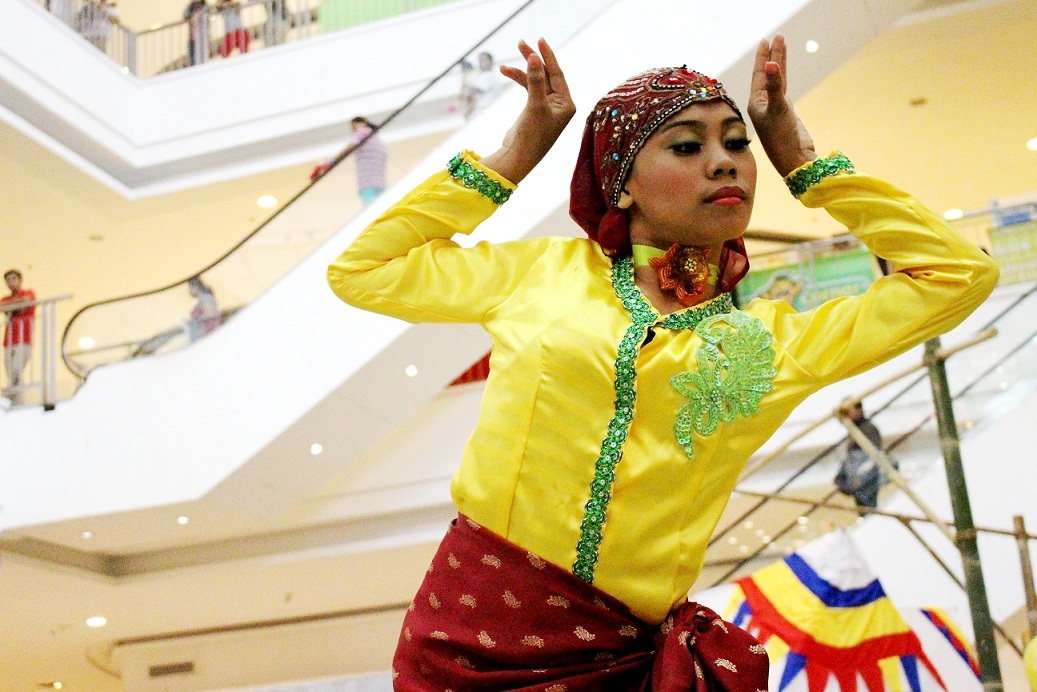 For the final and most-awaited part of the program, Hon. Datu Aguido Sucnaan led the “Pag-utud ng Buragun” (cutting of “bagun” or ribbon). The exhibit was then officially opened for public viewing with cocktails composed of different indigenous food and a hot native coffee. The exhibit pictures the rich culture of the tri-people of Tagum and how they were able to preserve the traces of their cultural heritage.

The Tagum TRIO Celebration started on February 21, and it’s until March 7, 2015. Tagum City is inviting everyone to have a glimpse of their rich history and culture, and celebrate with them the beauty of life.