Metro Davao Pride will launch along with their genuine advocacy, PRIDEFEST, on March 28, 2015. 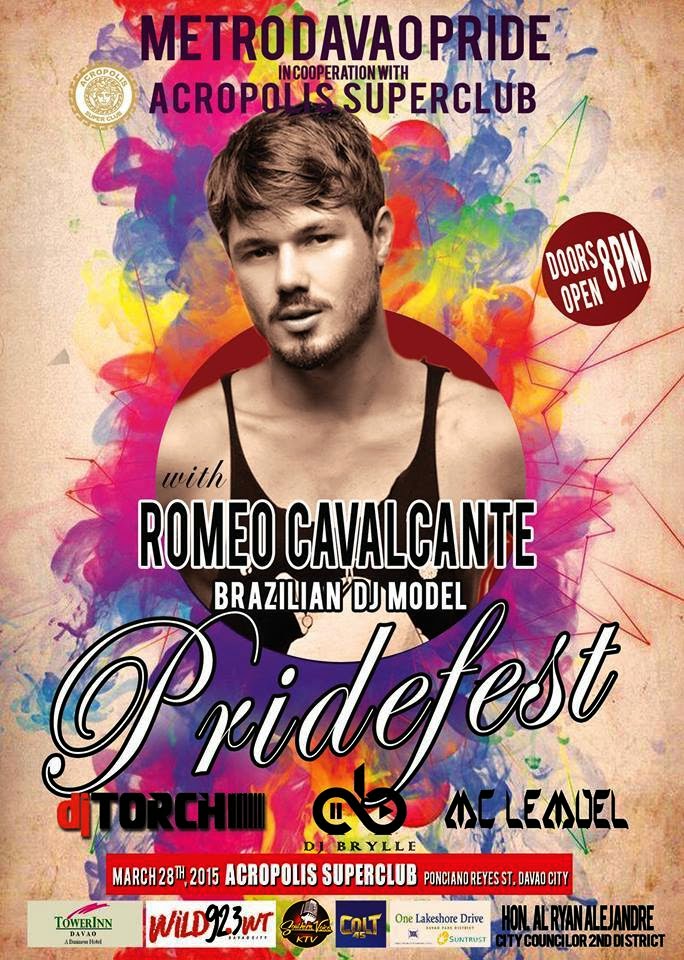 PRIDEFEST is a gathering of Lesbian, Gay, Bisexual and Transgender community which will be formally launched as an annual event.

Metro Davao Pride would like to build an LGBT community where its members can express their involvement in the society and for people to acknowledge their existence.