Chant of the Balangay aims to show the cultural richness of the Manobo tribe of Agusan through the mantra of chants, song, sound, and music.

It gives the audience the oppportunity to become familiar with one of the oldest settlements in the Philippines – Butuan City, and one of the original tribes of Mindanao and ancestry of one of the ethnic groups in Butuan – the Manobo. 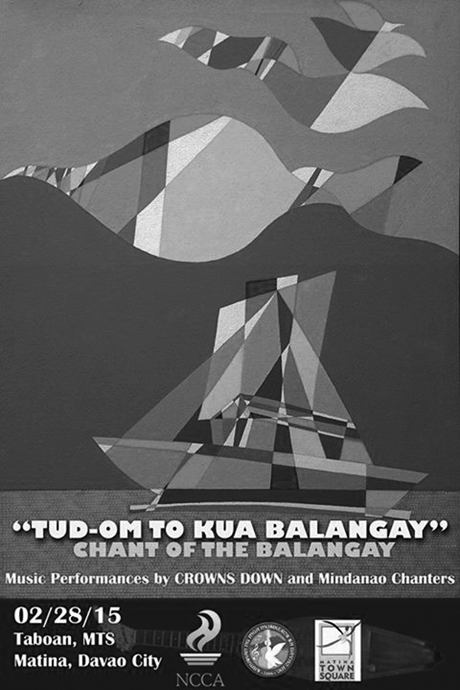 The abounding cultural heritage of this city and ancestry seduces those thirsty for bygone history to revisit the charm of an ancient kingdom. Through the years, the city has emerged with one of the most exciting archaic finds – the Balangay, which is the oldest relic of a water navigating vessel found in the Philippines and only in Butuan City.

Today it has become an icon of unity and prosperity. Knowing about the past helps us sail on towards the future together, united as community, as a people, as a country.

The chant ignites and enriches a passion for our profound connection with nature, man, and God; influenced by the melding of the traditional with modern.

The rustic, primitive, crusty, and ragged sound of the old world Manobo instruments enhanced with the modern, contemporary, avant-garde instruments of today create such a unique blend of world music that will bring the audience to the home of the Manobos and the deep emotion they render.

The chant of the balangay is to be an influencing energy for the upcoming generation of musical artists, to pique their interest in knowing how cultural identity and tradition impacts them and how it can inspire the birth of new artistic musical interpretations.