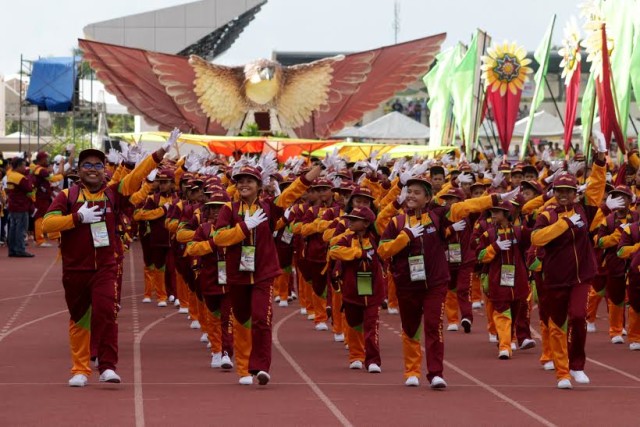 TAGUM CITY, Davao del Norte, Island Mindanao, Philippines – Roughly 12,000 delegates from all 17 regions of the country who arrived in the city to participate in the premier sporting event for school-aged athletes were gathered to officially open the Davao del Norte’s much- awaited hosting of the 2015 edition of the Palarong Pambansa.

Hinged on the theme, “Breaking Borders, Building Peace”, the week-long event allows people to celebrate sports through peace and solidarity, notwithstanding a marked difference in ethnicity, religion, political leanings, and gender. 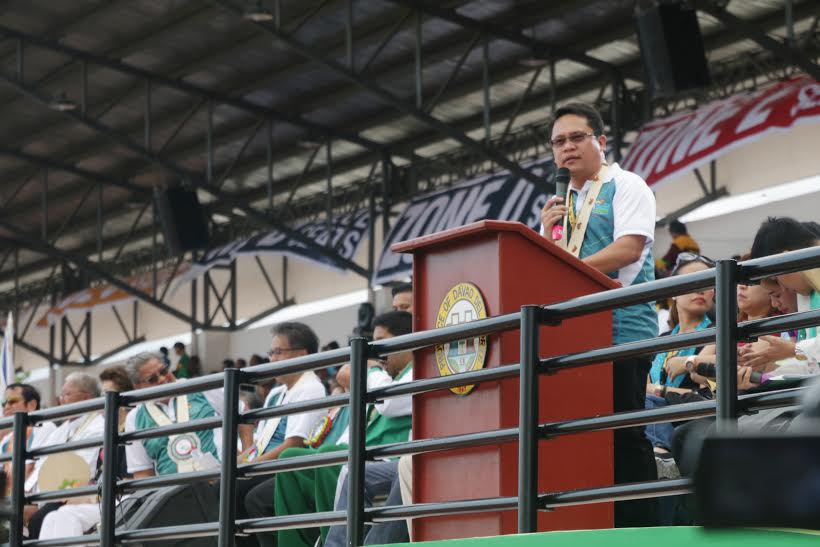 Tagum City Mayor Allan L. Rellon, DPA, in his welcome message, stated,“Regardless of distance, we have come together for one purpose, to put significance to national sports as a tool to achieve peace as we are in constant campaign for unity beyond border and peace.”

Davao del Norte Governor Rodolfo P. del Rosario, in his speech, stated,“Today, we invoke high respect in fighting together any indifference and animosity stemming out of gender, religion, politics, status, or any other prejudice. Each of us has stood up to contribute to peace and to a better society.”

He then acknowledged the discipline and composure that were being exhibited by the gathered throng despite the inclement weather.

The heavy downpour that came in the middle of the Palaro’s opening ceremony and program on May 4, 2015 at the Davao del Norte Sports and Tourism Complex, Tagum City in Davao del Norte, which led to Interior and Local Government Secretary Manuel A. Roxas, II’s opting out of his Keynote Address and Education Secretary Armin A. Luistro to informally declare the opening of the 2015 Palaro, did not dampen the spirit of all who were present  to witness and take part in the momentous event.

This year’s hosting of the May 3-9, 2015 Palarong Pambansa is a first for the province after the passing of 65 years. (Richi D. Gulle of CIO-Tagum)