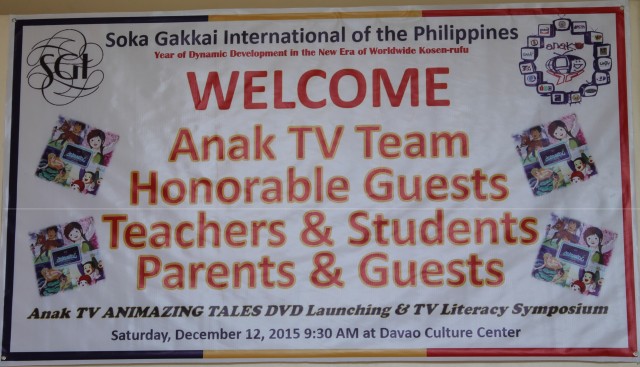 Anak TV is an organization that promotes TV literacy and pushes the agenda for child-sensitive, family-friendly, and responsible television viewing in the Philippines. 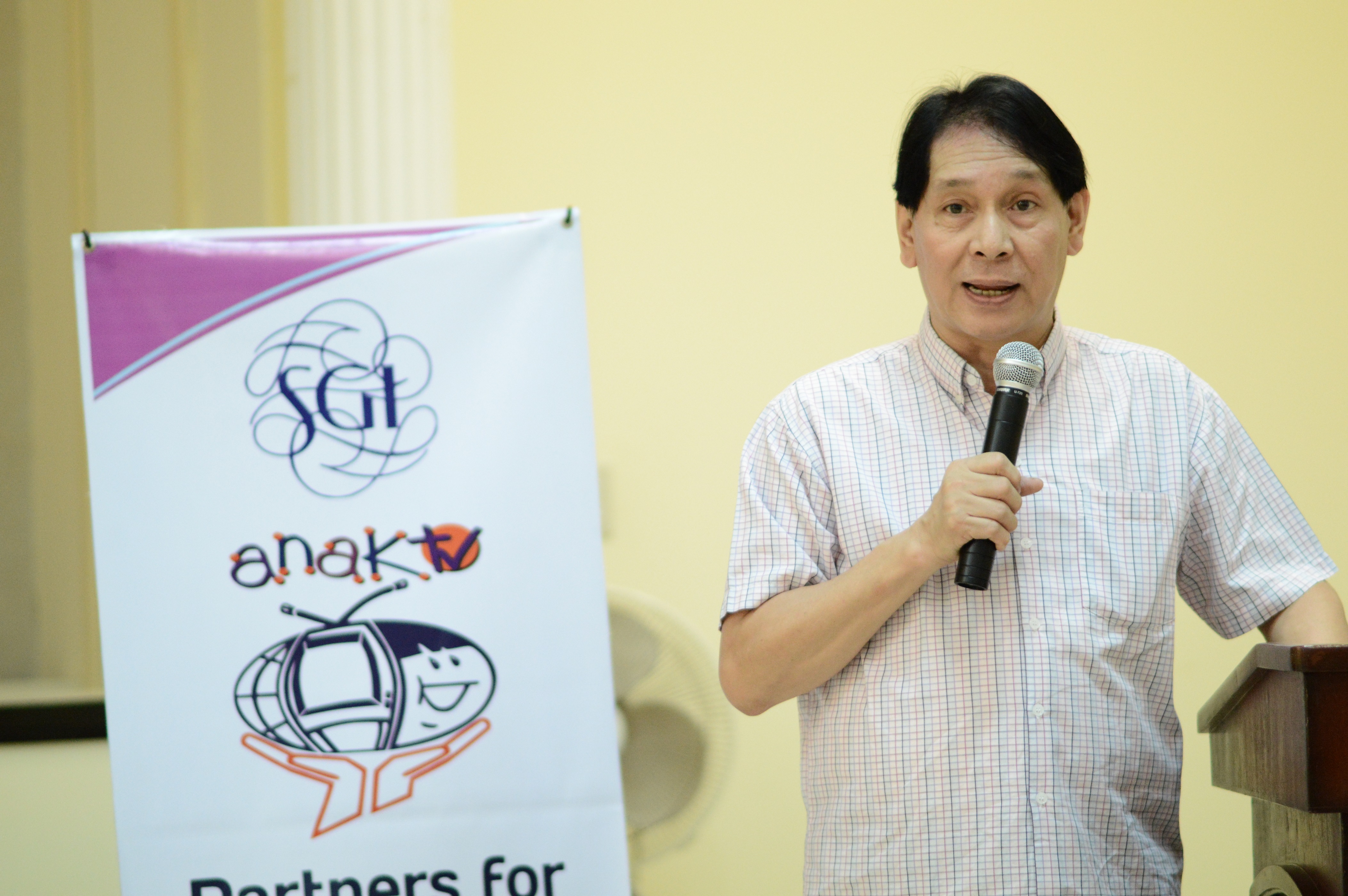 The program encourages children to watch TV shows that teach moral values and good manners. These are children stories written by SGI President Daisaku Ikeda that was given life through Animazing Tales. It teaches about values such as humanism and care for the environment. Animazing Tales was awarded to Emar Human and Environmental College.

Spearheaded by the organization’s Secretary General Mag Cruz Hatol and SGI Philippines — Davao Youth Division Chief Erique Mendoza, they conducted a forum about the different types of TV shows and advertisements, and how they influence the viewers. They also discussed the Anak TV Seal Awards for entertainment and TV personalities “worthy of emulation” for 2015. 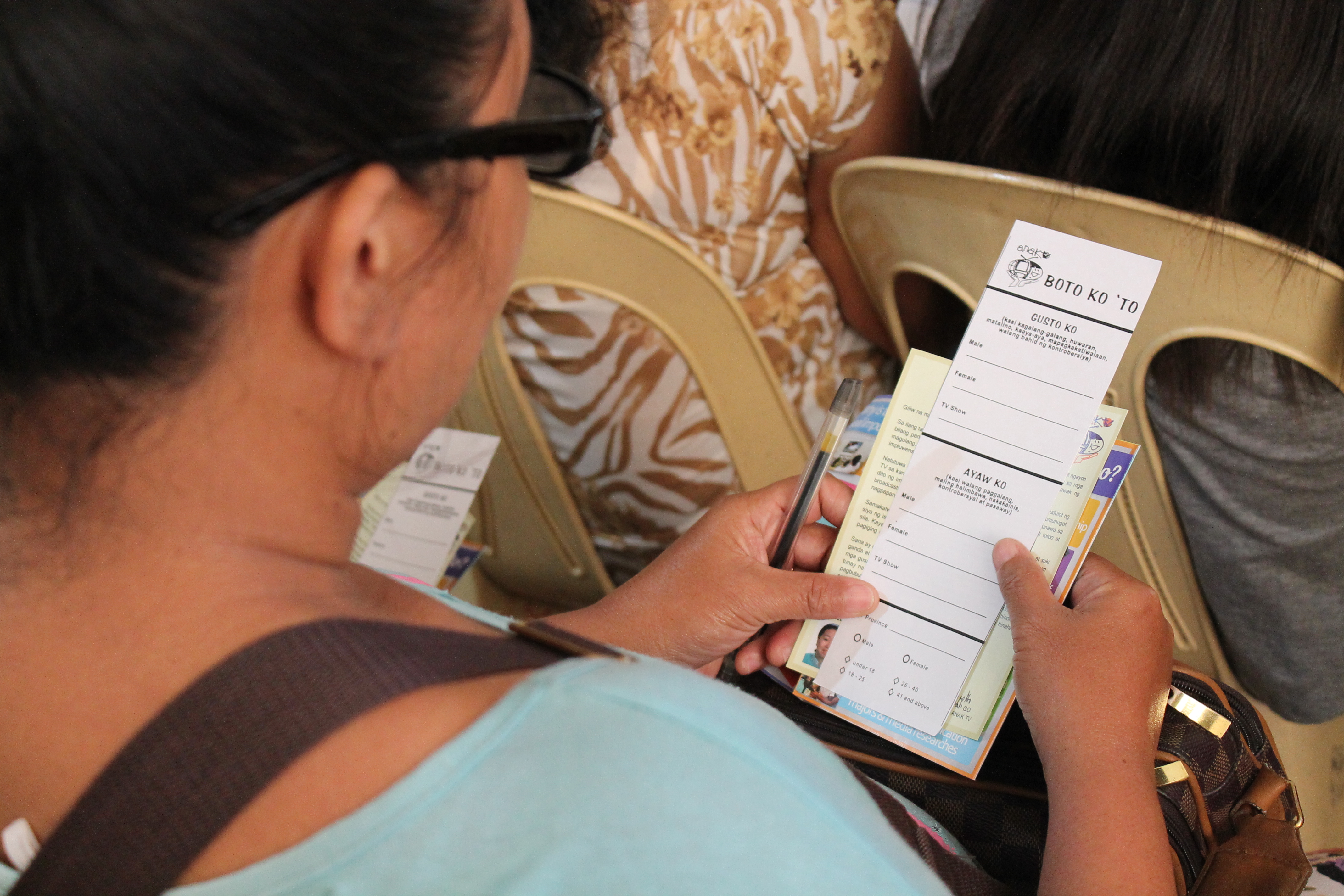 During the symposium parents and educators who attended the event were asked to judge TV programs with a single criterion — “Is this program or personality appropriate for children at home to watch or emulate?”. Television is known for being the “new Dep.Ed” of this generation. Mr. Hatol stressed this out during the symposium. Parents and teachers were presented the hazards over uncontrolled television viewing by children, especially those under 3 years old. Though, it is considered that television is also a source of knowledge for some people, still, the disadvantages outweigh this benefit with a big margin. 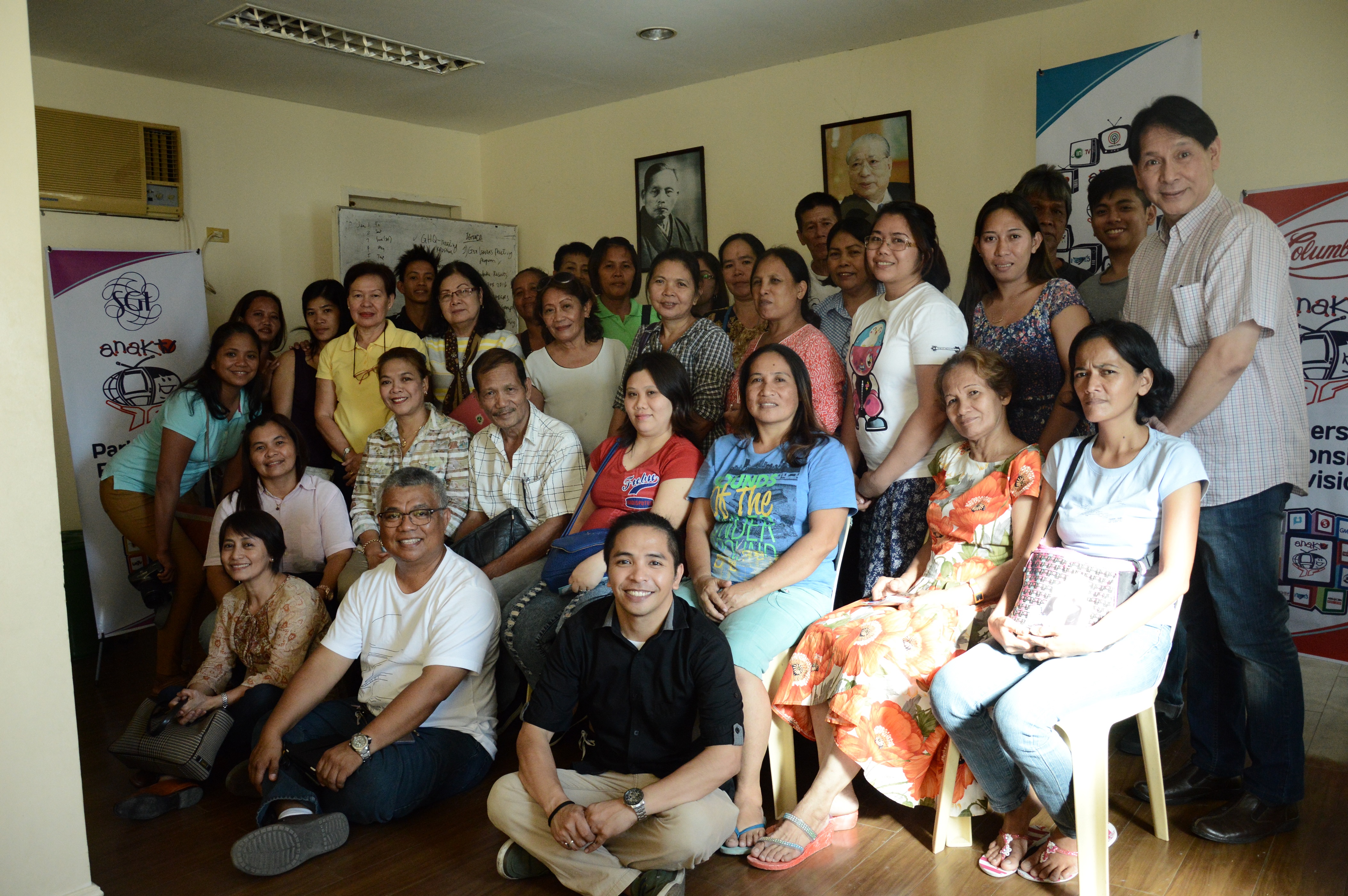 TV serves as a medium of entertainment and education for all, but it is associated with a number of physical and mental health problems as well. Therefore, parental authority should not be dismissed as a necessary measure when it comes to the television viewing of their kids. 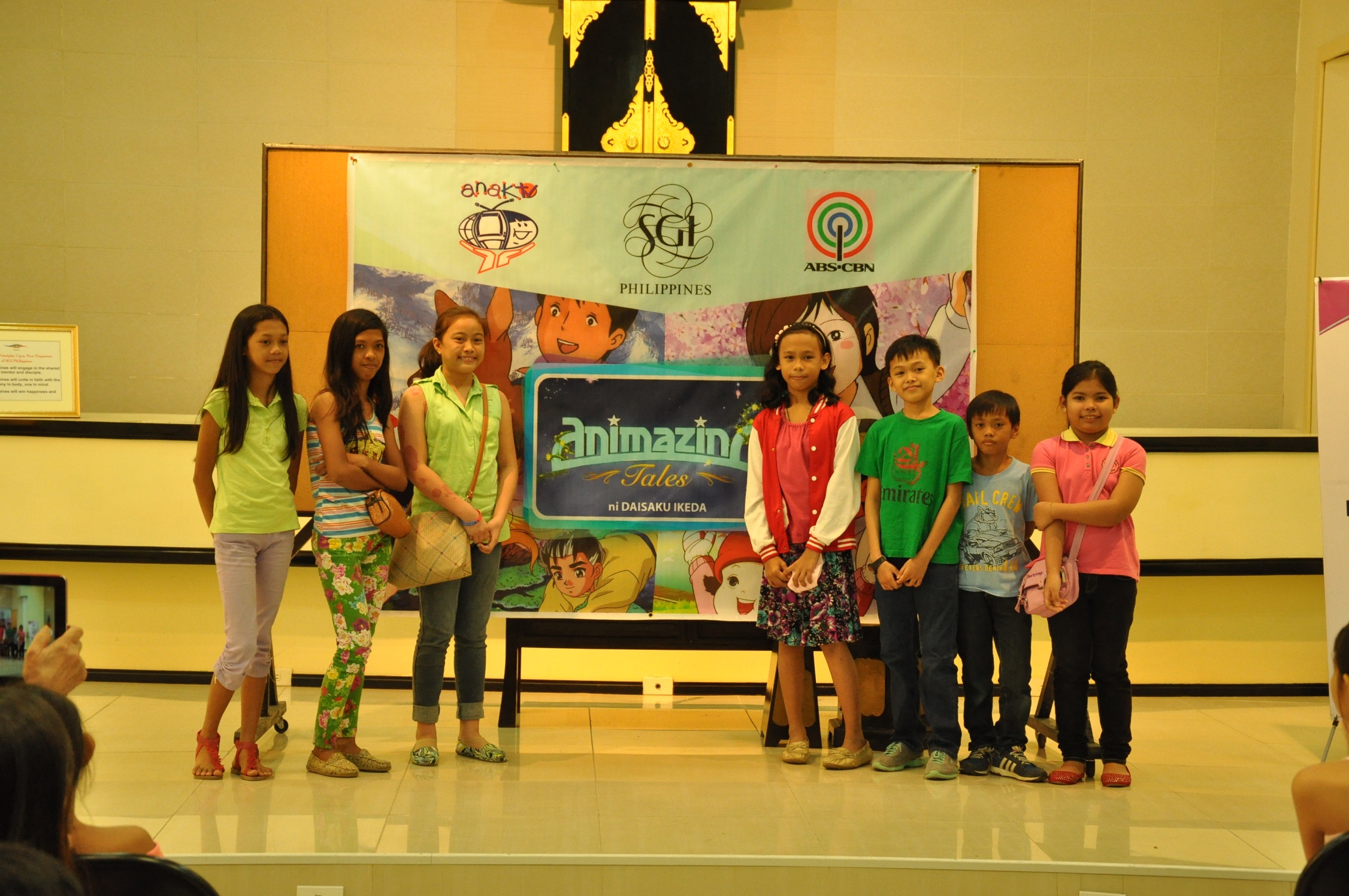 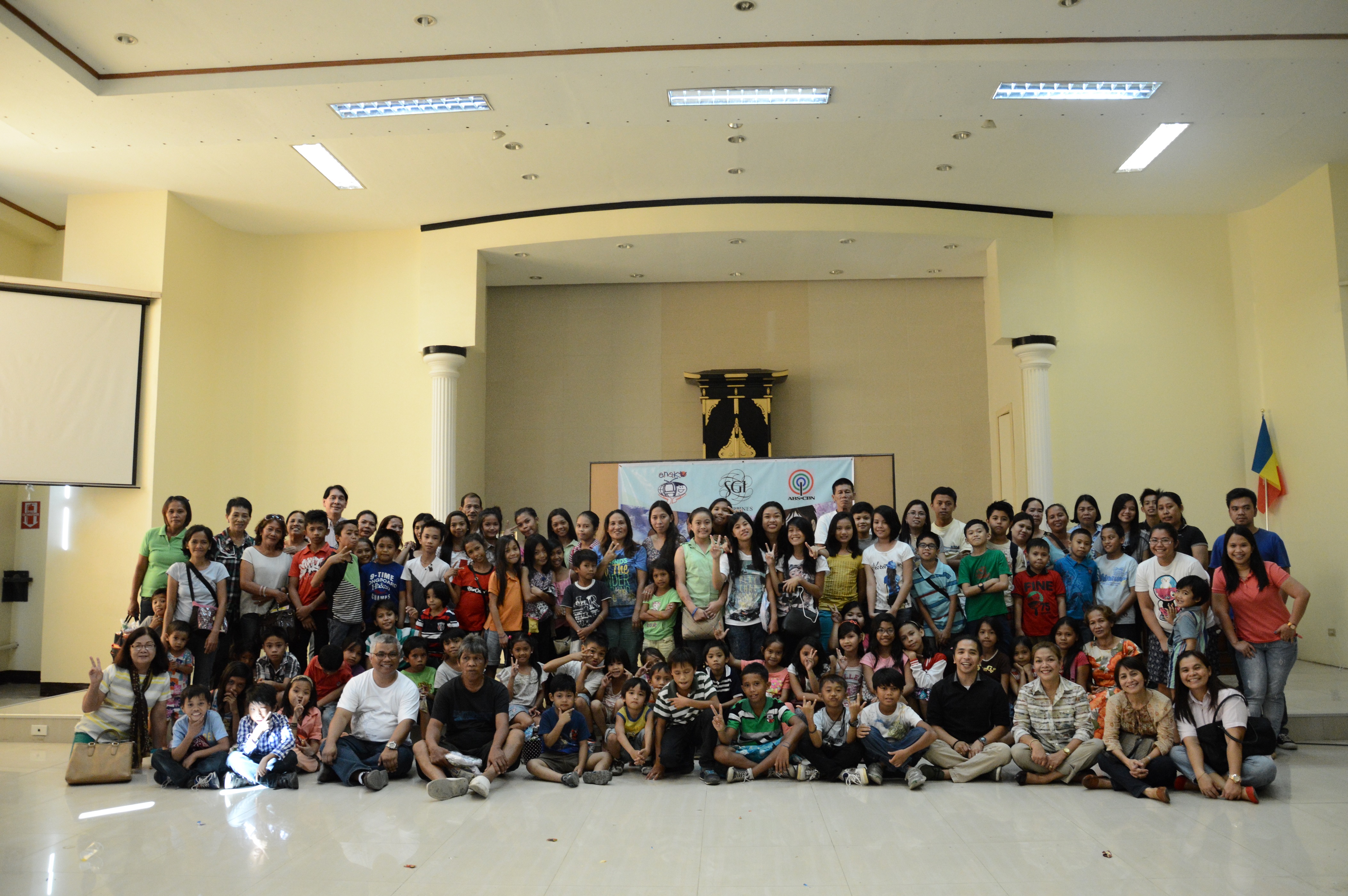 We know that many works have been written on the subject of TV and its immediate problems, but the consideration of the power and effects of television is rare in which Anak TV wanted for parents and educators to understand. With television, the imaginative element is largely stripped away, leaving a slack-jawed mind completely involved in what is being fed aside from that little effort made by the viewer. When mind is disengaged everything is blandly absorbed and the brainwashing begins.