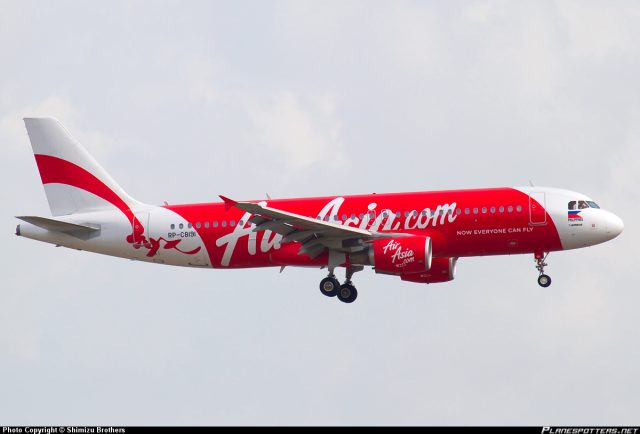 MANILA, 8 JULY 2016 – The Board of Directors of Philippines AirAsia Inc. today announced that Captain Dexter Comendador has been named interim Chief Executive Officer effective July 30. He replaces Joy Cañeba who has resigned after three years of service in the company.
Captain Comendador has over 34 years of experience in the aviation industry as officer of Philippine Air Force and commercial pilot for various airlines. He joined Philippines AirAsia in 2011 as Director of Flight Operations and was promoted to Chief Operating Officer in 2015.

Philippines AirAsia Chair, MaanHontiveros said, “The Board would like to thank Joy for her significant contribution to AirAsia. It was under her dynamic leadership that we successfully integrated and merged two airline companies in the Philippines, leading to the launching of Philippines AirAsia. We understand and fully support her decision to leave and wish her all the best in her legal career.”

Hontiveros added, “We are pleased that Captain Dexter has agreed to step into the interim CEO role and we are excited about the important change and strategic direction that we are committed to bring for our guests and travelers here and abroad. We remain focused on driving solid growth with emphasis on quality and innovation.”

Philippines AirAsia was able to embark on its turnaround phase with revenue and passenger load improving year-on-year. The number of guests carried in 2015 increased significantly which enabled the airline to boost its passenger load, from 70% in 2014 to 81%. The airline has recently expanded its network in China with the addition of Manila – Shanghai route last June 10.

AirAsia Group CEO Tony Fernandes said, “We would like to thank Joy for her valuable contributions over the past years. Her leadership has driven Philippines AirAsia to grow and expand from strength to strength. We are fortunate to have Captain Dexter serve as interim CEO as we continue to build our presence in the market. I am confident that together with our passionate and dedicated team, Captain Dexter will bring Philippines AirAsia to new heights.”

Joy Cañeba for her part said, “I enjoyed working with the strong team in the Philippines, it’s been a great honor to lead and work with them. I have no doubt that under Captain Dexter’s leadership, the team will continue to succeed. I am thankful for the support of the stockholders.”

Cañeba has served the company as Legal Head, Chief Operating Officer and Chief Executive Officer in the last three years. She was appointed CEO in April 2014.She will resume her post as Partner at the Santiago, Gaspar, Caneba& Franco law firm.