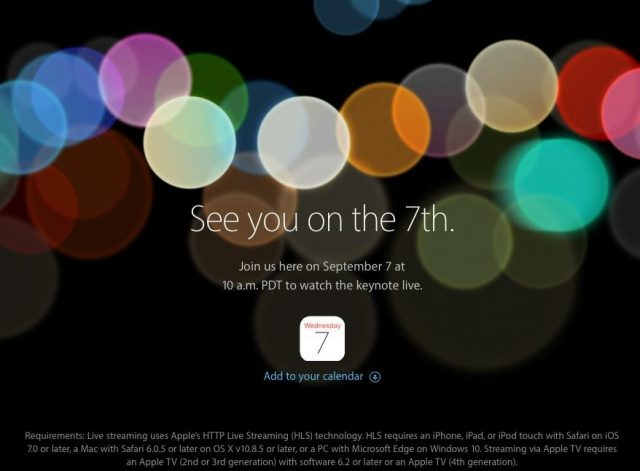 Water resistant body, dual lens camera and wireless charging are just some of the features that Apple Inc. might showcase on September 7 iPhone 7 launch.

The company has brought their Twitter account back to life, several days prior to the launch. It has a background photo that appears to be the same in the invitation sent to the press. The account still hasn’t posted any tweets but has managed to attract thousands of followers waiting for the announcement of the new technology. Here’s what we know so far;

Design – might be similar to iPhone6s but some antenna lines will be removed. This one could have a thinner design and space black might be introduced.

Hardware – headphone is likely to be gone, and you will have to use Lightning port of Bluetooth enabled earphones. This may make a room for for 4 speakers and Dual camera is also expected. Software – It will come with new iOS 10 will bring interesting changes to iMessage and Siri. You might also be able to hide built-in apps. Just like how they previewed the operating system last June 13. The updated Apple Watch might also be revealed. It’s going to be the first time Apple has updated their watch and we are just excited for the changes

All along i thought Samsung got S7, but it’s all wrong. As it turns out, they are giving an early christmas present to Apple after they recall Galaxy S7 sales due to battery fires which makes way to iPhone 7 September 7 launch.

September 2, Samsung Electronics America, Inc. took a proactive approach by launching an exchange program to address to Galaxy Note 7 battery cell issues. You can check out the statement below:

While waiting for the launch, you can take Sneak Peak below of the topics for our 2016 Year End Review for Apple Inc.