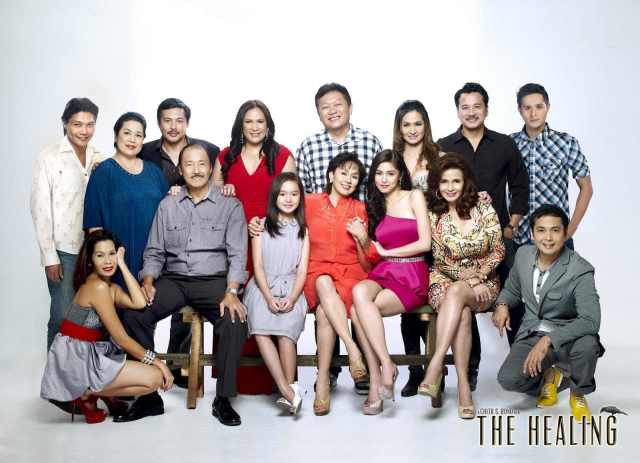 The era of lousy horror flicks of Star Cinema has finally ended! Its latest offering The Healing, I must say, is one of the best Pinoy horror films I’ve seen for decades.

Synopsis: A community rushes to a faith healer after learning that one of them was miraculously healed from a deadly disease by the same person. They are torn apart afterwards as the healing brings them a terrible curse that wreaks harm and death.

The film reminded me of the 2009 Pinoy horror-suspense film by Topel Lee entitled Sundo which also attempted to crisscross the distinctive Asian horror genre with the Western gore. It was known that time as the Pinoy counterpart of Final Destination. Sundo was a promising one that it formulated a new blend of terror – The Pinoy Gore. This wave had become dormant for years until The Healing came and delivered it extra unrelenting. This is the answer to Hollywood and Thailand’s torture-and-gore horror movie phenomenon. Unlimited shocking gore and lotsa lotsa blood.

There are a lot of things I liked about the film.

First, the brilliant men behind the screen. The director, Chito Roño, noted for his critically acclaimed and box-office hits Feng Shui and Sukob, has well-directed the film. He has this self-mutilation formula that is adored by the Filipino horror movie audiences. The writer, Roy Iglesias is a genius! He helmed the screenplays of a number of successful horror films such as Feng Shui and Sigaw (which has in fact a Hollywood adaptation (The Echo) in 2008). This time around, he never failed to formulate a strong story which is brilliant and I think is one of the pros of this film. The sound editor, Richard Somes, the director of two Aswang films Yanggaw and Corazon, has a good job on putting the perfect and great rumbles, the chants and choral sounds, and timing on the most climactic scenes that made the film really and literally shocking. The visual effects editor, Jerrold Tarog, the director of the movie Aswang, has created great effects on the picture, seamless but well enough to scare audiences. The monstrous and demonic “eye trembling” effect was perfect. It greatly brought a gore and extremely scary factor to the characters.

Second, the script and the plot. The script was genuinely written, added with some humorous comments and moments to cut the terrifying of the plot. The film has a story that is full of sense. It made me realize that everything will just go by and we have no hold to that, that things that are not supposed to be, would not be, for doing it may lead to danger. That’s what I’ve learned from the film if you don’t mind.

Third, the cast. What’s good about the movie is that it’s not just a quality horror film but a quality drama film as well. Santos has really an excellent acting, quite distinct from ordinary drama. Kim Chiu was a revelation in this movie. She has a nasty part to her acting and it went well. Martin Del Rosario is really good and I’m glad to say that he nailed it in this movie. Other actors such as Pokwang, Janice de Belen, Robert Arevalo, and Ynez Veneracion did great in the movie as well. Cameo roles of Dexter Doria and Jhong Hilario were striking and remarkable. The movie had distinctive characters that conveyed well to make everyone’s performance excellent.

But, a good horror movie doesn’t need to be perfect. There must be flaws. And there are actually some parts of movie that I do not like a bit but at the end it made me realized that those actually added significant results to the entire film.

First, the color coding. I think at first it was stupid that the idea has actually nothing to do with the plot. But in the end, it made me think that it might be a promotional gimmick of the film to further market it or perhaps it’s a trick for the audience who are expecting for a revelation in the end. It could be that the colors have respective meanings. Well, whatever might it be, the color coding made every scene invigorating to the eyes.

Second, the scene where the doppelganger was electrocuted. I think it’s kinda odd that a ghost may be electrocuted.  Well, in science, a ghost is somewhat electromagnetic in nature. Probably this can justify how the film thought about that “multo” can be electrocuted.

Third, the CGI (Computer-generated imagery). The effects were not that polished. But in some scenes, it may be obvious but it’s mindfuckingly scary and gory. As I said, it’s seamless but well enough to scare audiences.

Well, The Healing wasn’t actually a horrifying experience, it’s actually a total entertainment experience like I’m having a roller coaster ride. The Healing is a breakthrough to Philippine Cinema. I’m hoping that it will take its turn to Hollywood like the other Pinoy horror films Sigaw and The Road did. I’m looking forward for Pinoy films with this kind of approach this year. I’m expecting that the upcoming film Pridyider from Regal Films will also turn out to be bloody (as what I’ve noticed to its teaser poster). Tiktik: Aswang Chronicles from GMA Films is also a much-awaited movie as its trailer with gory scenes and impressive CGI went viral online. Excited.