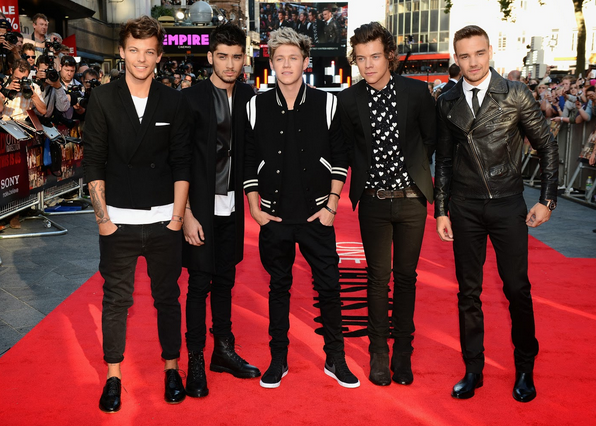 In a one-hour Google Hangout with One Direction during “1D Day”, one lucky Pinoy Directioner (One Direction fan) will get a chance to virtually meet, greet and talk with the members of the British band via video conference along with winners from other Asian countries such as South Korea, Malaysia, Taiwan and the Middle East.

“1D Day” is a 7-hour worldwide live stream special that the group has prepared for loyal Directioners in anticipation of the release of their third studio album, Midnight Memories, on November 25. The second single from the album, “Story Of My Life,” has already been released prior to launch.

To get this rare chance to chat and bond with One Direction, fans only need to register at the SPINNR.ph website, the biggest and most comprehensive music portal in the country where Directioners will also get the chance to download the Midnight Memories album upon launch.

“In keeping with our promise during the Smart Music launch, we are giving Filipinos the total music experience through SPINNR, where loyal One Direction fans can now have the chance to get up close and personal with their idols,” said Mellissa Limcaoco, Head of Smart’s Innovation and Product Development Group.

Formed in 2010 after finishing third in the British singing competition The X Factor, One Direction—composed of Niall Horan, Zayn Malik, Liam Payne, Louis Tomlinson and Harry Styles—has since produced chart-topping hits such as “What Makes You Beautiful,” “Live While We’re Young,” “Little Things” and the first single off their latest album, “Best Song Ever.”

These and other One Direction songs are all available for streaming and download via SPINNR, the country’s first ever all-in music service brought to Filipinos by Smart in partnership with record labels MCA Music, Inc. (internationally known as Universal Music Group, Inc.), Sony Music Entertainment and Ivory Records.

“With SPINNR, we are not just bringing Filipinos’ music experience to the next level by giving them access to millions of digital songs they can listen to anytime, but with events such as 1D Day and the Google Hangout with One Direction, we are bringing them closer to all of their music idols,” Limcaoco added.

Officially launched in late October, SPINNR offers more than just music downloads as it allows unlimited music streaming at affordable rates via desktop or laptop PCs, smartphones, and tablets. For just P15, music aficionados can stream from SPINNR’s vast music catalog for 15 days and get 20% discount on music track downloads. The service is also available for 7 days of unlimited streaming at just P7, and 30 days for just P30.

But aside from providing a service where music aficionados can listen to their favorite tracks, SPINNR elevates the music experience by giving users exclusive access to the latest and biggest music events happening in the country, such as the upcoming One Republic concert tour at the Smart Araneta Coliseum.

SPINNR is exclusively available to all Smart, Sun Cellular and Talk ‘N Text subscribers. Users only need to register via spinnr.ph to access the features, or download the SPINNR app at the Google Play Store so they can enjoy their music whenever and wherever they go.