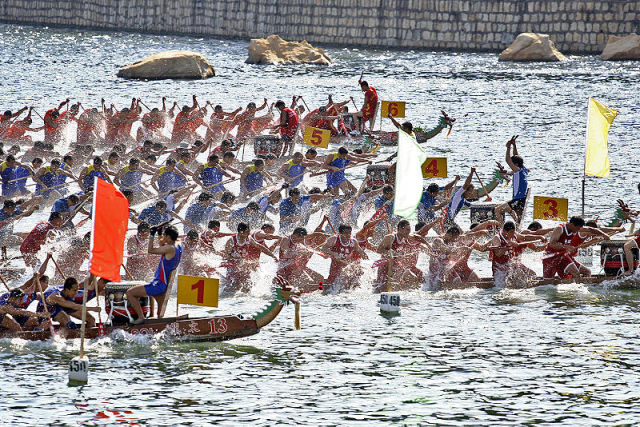 Davao is becoming aggressive in promoting water sports and will host the 3rd Cobra-PDBF International Club Crew Challenge 2014 that will commence this coming May 1 and will end on May 4, 2014 at the Baywalk in Ecoland.

More fun in Davao this Summer

The City Government of Davao, City Tourism Office and Philippine Dragonboat Federation (PDBF) Davao jointly see the event as a vehicle to showcase Davao to an international crowd, further expanding the benefits of the competition and boosting tourism here. A successful international dragon boat festival will convey a clear message that Davao City, is safe and a good venue for tourism.

Taditional contenders such as Lake Buhi, Army, Triton, and the Coastguard teams based in Luzon, Visayas and Mindanao are expected to join along with visiting teams from Japan, South Korea, Taiwan, Macau, and Singapore to compete for the open female, open male and mixed categories. The race is set at 200m, 500m and two kilometers.

In addition, the Davao Dragon Boat Association (DDBA) is lining up numerous activities to make the affair a truly memorable one. Aside from the dragon boat races, there are other events planned such as a motorcade to kick-off the festivities, a Mr & Ms Davao Dragon Boating 2014, a Dragon Boating 2014 Photo Contest, an Adopt-a-Team Program, city and island tours, plus non-stop fun and games from stage activities and many more. 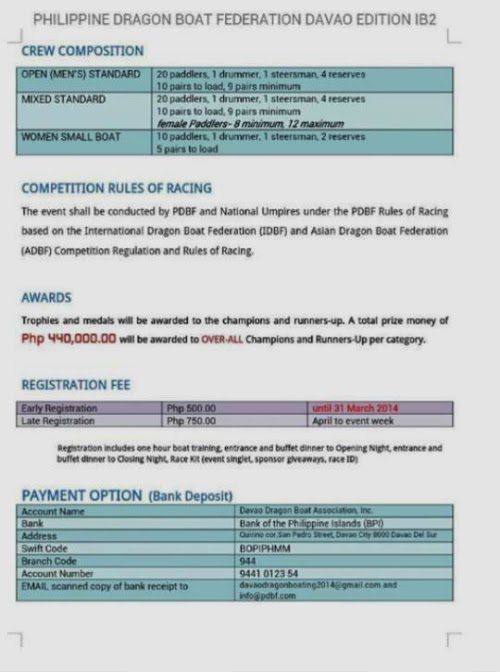 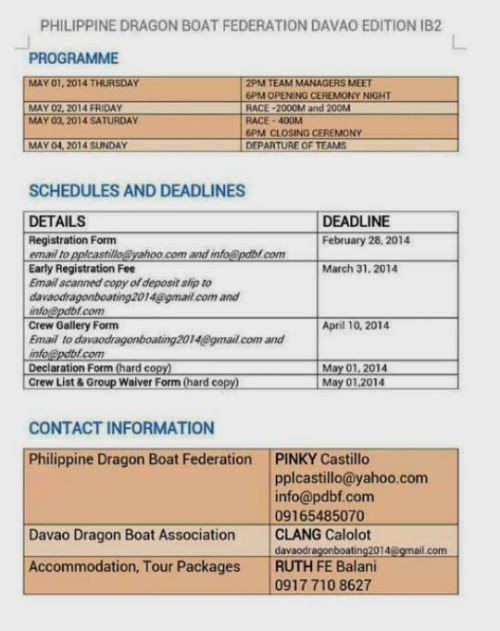 \Photos used are to their respectful owners. No copyright infringement intended. Davao Eagle Online claims no credit for any images uploaded. If you own the rights to any of the images, please contact us for proper credits. They will be promptly removed if you do not wish them to appear on the page.