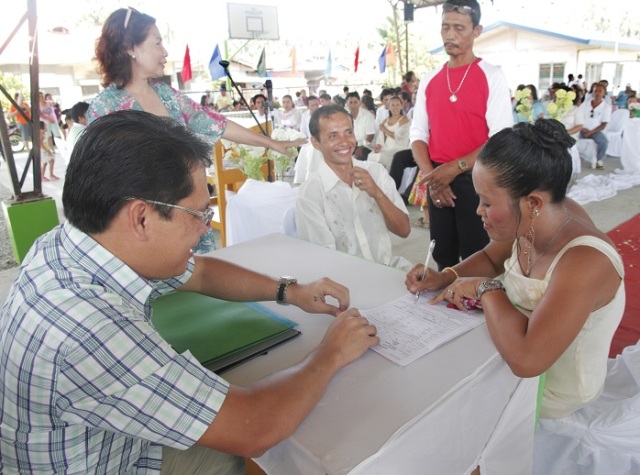 TAGUM CITY—Fourteen couples in Barangay San Isidro who have been living together for five years or more have finally tied the knot in the civil mass wedding ceremony last May 11, 2014 sponsored by the City Civil Registrar’s Office and the Barangay Government of San Isidro.

No less than Mayor Allan L. Rellon solemnized the union of the 14 couples at the Makabayan Gymnasium in Barangay San Isidro. 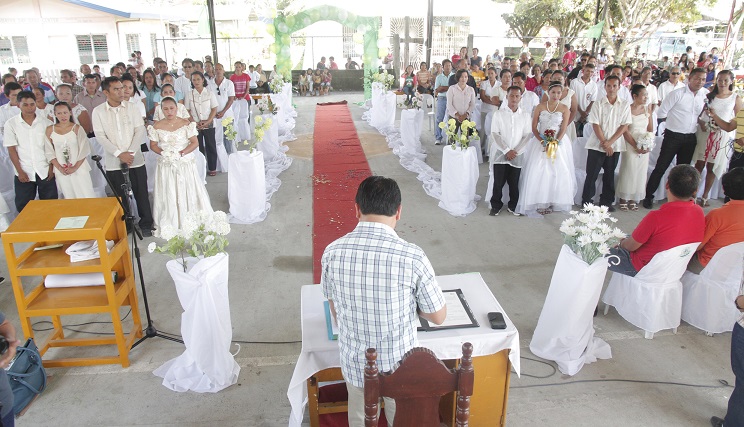 Mayor Rellon said the mass civil wedding in the Barangay aims to legitimize the union of the couple living as husband and wife and strengthen their bond as couples.

He added the activity was conducted for free in response to the city’s commitment to promote the welfare of the family and the children.

The 14 couples finally decided to tie the knot with the intensified campaign and partnership by the Office of the City Civil Registrar headed by Mrs. Flordeliza Zulueta and Barangay Captain Rodito Pielago.

This acitivity, Zulueta said, is an example of bringing the government closer to the people especially for those less fortunate. | Gleiza Delgado of CIO Tagum