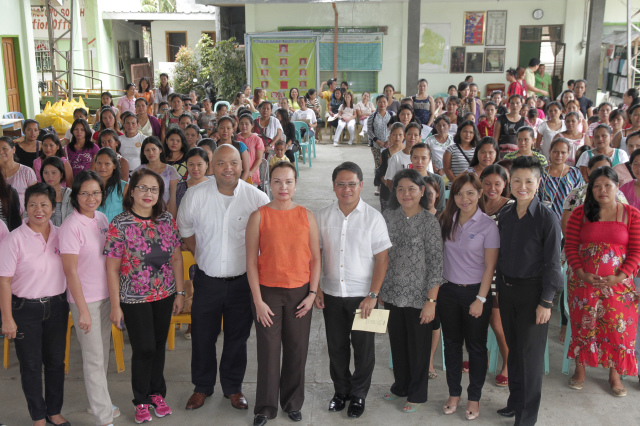 TAGUM CITY—A group of medical specialists from Metro Manila is pushing to avert maternal deaths and reduce birth complications through early diagnosis by offering free obstetrical scans to pregnant women who are in their fifth to sixth month of gestation using a portable ultrasound machine integrated with a smartphone.

Approximately 210 Tagumenyo pregnant women from the 23 barangays of the city availed of the free ultrasound through the Project iBuntis (Imaging Buntis) last September 22-23, 2014, a project operated by the University of the Philippines Manila-College of Medicine and is funded by Grand Challenges Canada.

Tagum, along with the City of Parañaque in Metro Manila, were chosen as pilot cities for the said program in the Philippines.

Team leader Dr. Godofreda Dalmacion of UP Manila said they wanted to create awareness not only among pregnant women but also among government leaders on the importance of ultrasound testing as a key step in reducing birth complications and maternal deaths.

“They (government) have to put their money where their mouth is. If they want to decrease maternal mortality, they should support pregnant women by providing them free ultrasound,”Dalmacion said.

The report noted that the number of mothers who die from childbirth have not decreased and instead increased to higher levels than when the MDGs started in 1990. In 1990, the maternal mortality ratio was 209 per 100,000 live births. But in 2011, the figure had increased to 221, higher than the initial figure in 1990.
Causes of maternal deaths are hemorrhage, sepsis, obstructed labor, hypertensive disorders in pregnancy, and complications of unsafe abortion, most of which are preventable with proper diagnosis and intervention through ultrasound, Dalmacion added.

“This project is not only a search for new intervention but also makes available a life saving test to 250 or more pregnant women who normally cannot afford the test,” she said.

GE Electronics provided the portable ultrasound machines for the project, which costs at around 450,000 pesos.

Women’s health advocate Margie Moran-Floirendo who was present during the launching is calling on the government to invest in this machine to help increase awareness in reproductive health care.

“More health services are needed and more education needs to be taught to women and this portable machine will surely help us a lot. It’s so small you can bring it to far-flung barangay health centers where pregnant women can be tested,” the former Miss Universe said.

According to the City Health Office, Tagum will be prioritized by the Department of Health once it will purchase the said ultrasound machine.