Globe set up a system which limits the amount of share-a-load transactions to a maximum of P150 for prepaid customers and P300 for postpaid customers. This system, which started in early August, helps protect postpaid customers scammers who might trick them into sharing as much as P500 in load credit. 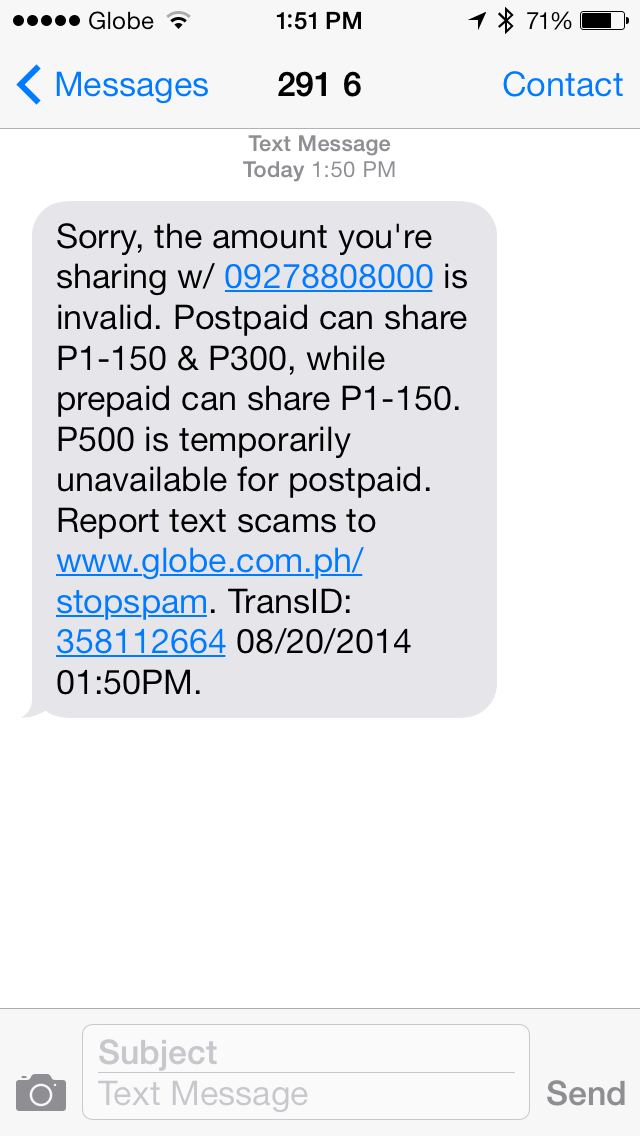 As an added measure, those who share load will first receive a validation text asking them to confirm the transaction. This will roll out on September 8.

The number of reports of text scams and text spams through www.globe.com.ph/stopspam has reached over 42,000 since the web portal was created last June 2014.

Globe is the first telecommunication company in the Philippines to achieve 100% 3G coverage for its entire network, and by the end of the third quarter, 100% of its network will be equipped with 4G HSPA+ technology, enabling Globe users across the country to experience seamless, high-speed internet connectivity.