TAGUM CITY—Employees of the City Government of Tagum is headed for a full gear this 2015, with a fresh command from no less than Mayor Allan L. Rellon to exert maximum effort to usher in a new phase of development, thereby making 2015 a banner year for Tagum City.

Rellon gave this marching order to department heads and employees on the occasion of the local government’s monthly convocation program last January 5, 2015. 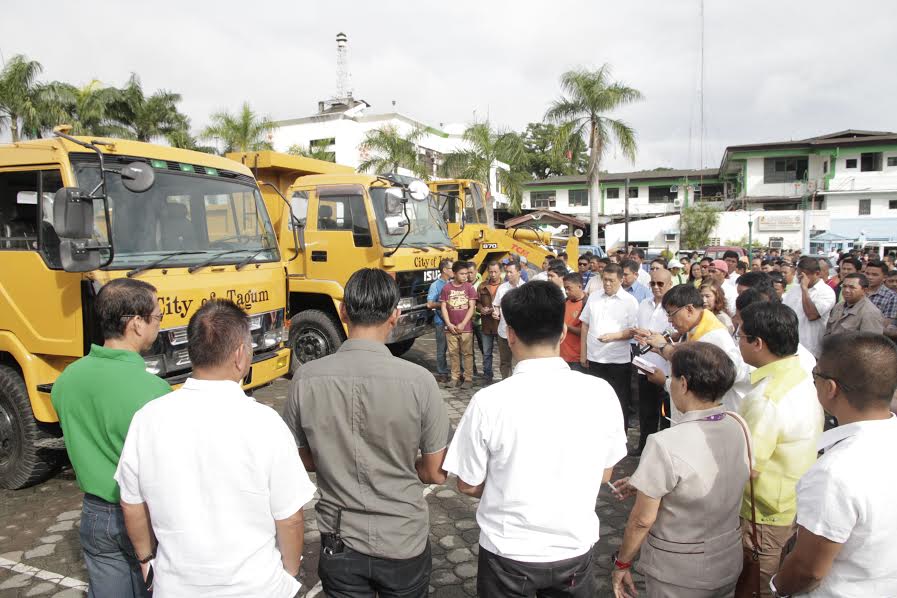 On the same day, new heavy equipment purchased by the local government were blessed and shall be utilized in what Mayor Rellon described as a year of the implementation of the massive infrastructure projects in the City of Tagum.

The local government is now working double time along with the Provincial Government of Davao del Norte ahead of its hosting of the 2015 Palarong Pambansa that is scheduled on May 2015.

At least six units, all worth 16, 192, 500 pesos, are expected to boost the city government’s infrastructure projects. The units include a skid loader truck, payloader, 12,000-liter capacity tanker, 8-wheel backhoe and a dump truck. The local government also purchased one unit of fire truck to be used by the City Disaster Reduction and Management Office.

Meanwhile, city hall employees are also encouraged to continue doing their best in public service, being in the front line of the EAGLE WINGS Program, the ten-point development agenda of the current administration. 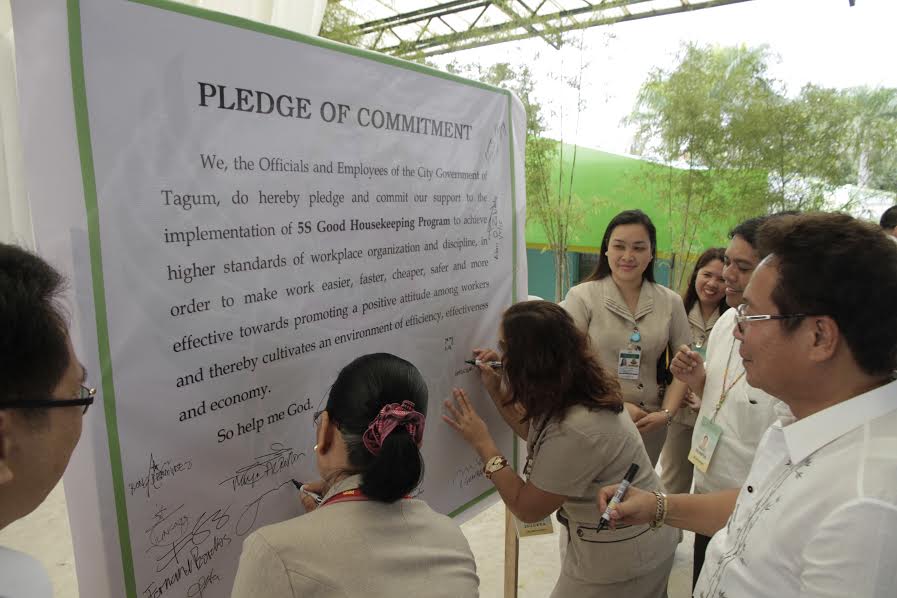 On the first working day for 2015, the city government launched the 5S Program which is a workplace organization method that uses a list of five Japanese words: seiri (sort), seiton (systemize),seiso (sweep), seiketsu (sanitize), and shikutse (self-discipline).

The 5S Program is expected to achieve higher standards of workplace organization and discipline, in order to make-work easier, faster, cheaper, safer and more effective towards promoting a positive attitude among workers which will cultivate an environment of efficiency, effectiveness and economy.

“As we face 2015, let us be positive and be pro-active. Let’s work together amidst the challenges. Let us pray to God that He will pour more blessings to Tagum,” challenged Mayor Rellon.