Music transcends from all cultures and generations. How the west and east influence our music industry today is evident in our radio airwaves. Imagine these modern day music blend with the rustic, primitive, crusty and ragged sound of the old world Manobo instruments, the result is beyond comparable. 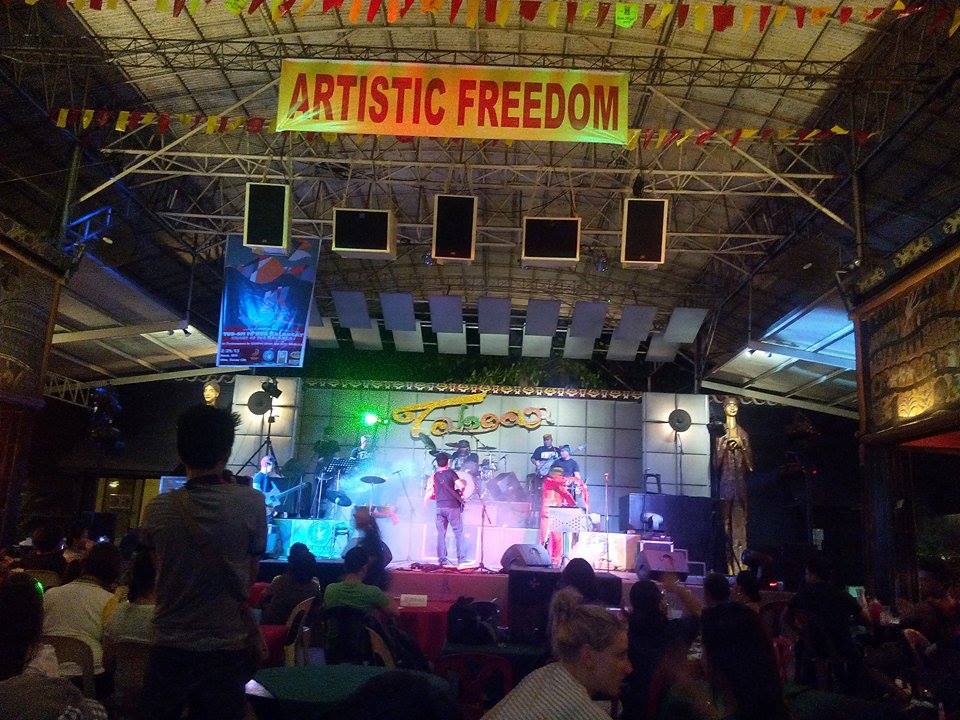 “Tud-om To Kua Balangay” or the Chant of the Balangay was presented by Samadhi in partnership with the National Commision for Culture and Arts in celebration of the National Arts Month. It’s a musical performance that unravels the fusion of Manobo music with modern contemporary music honoring the ancient sailboat of Butuan City, a great heritage of Mindanao. The program featured the Tunog Mindanao Champion 2012 Jojo Garbilao and his band Crowns Down with the special participation of Manobo tribe Chieftain directed by Popong Landero.

The program was an eye opener for the new generation at the same time a glimpse of the colourful culture of the Manobo tribe. Jojo Garbilao and his band’s performance from the beginning towards the end of the program was superb. The band’s ability to blend with the Manobo music, may it be planned or impromptu, created a distinct harmony so unique the audience want to listen non-stop.

Although the program was short for such ingenuinely incredible presentation it nonetheless captured the heart of the audience. It was worth spending the night watching the program.

To those who missed out the show, we can only look forward for a “repeat performance”