Davao City has been recently known as the home of the rising artists and performers. Recently, the singing guard from the city had been known across the archipelago making a huge hit on YouTube. 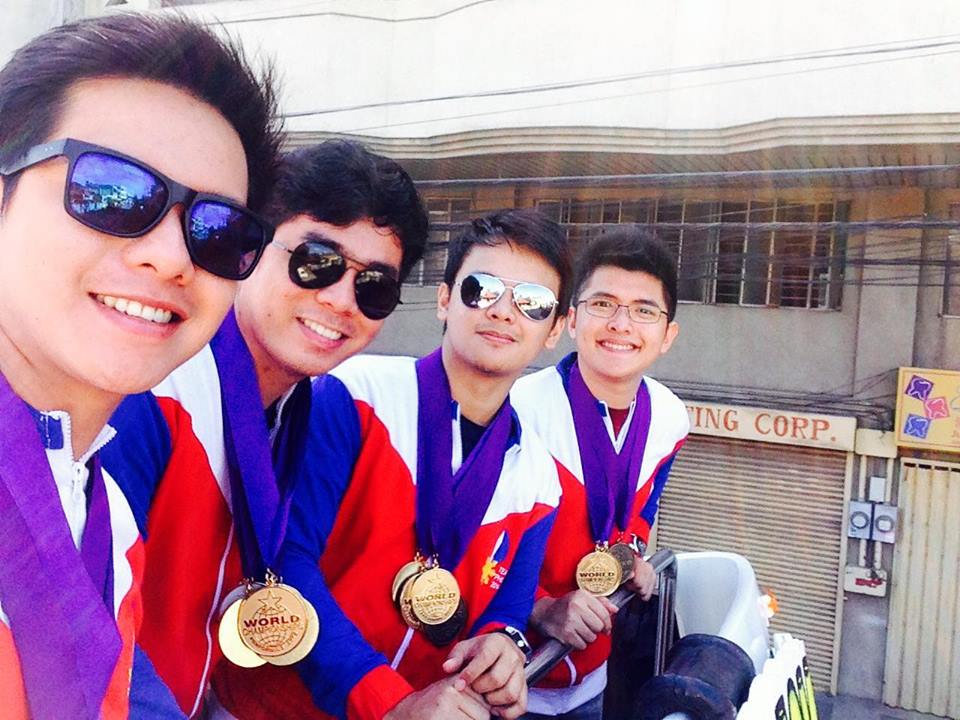 Another Davao’s pride made a name in the international entertainment industry. Unknown to some, Y~Fi (Young Filipinos) was hailed as the champion during the 2014 World Championship of Performing Arts held at Los Angeles, California U.S.A. They won two golds in the said competition for Pop Category and Original Works Category.

It is our joy to share to the world who Y~Fi is through our exclusive interview with them.

How did you start?

We met in a workshop, summer of 2011. Later that year, we were formed as a vocal group.

What is it like to being part of Y~Fi?

Before winning the World Championships of Performing Arts, which was held in Los Angeles, California on July 2014, we also joined contests on national level (X Factor Philippines). We also joined few barangay contests. We are very proud of ourselves not just because of what we have achieved but also of what we had gone through to attain it.

What or who influenced you to pursue your singing career?

Our family influenced us to pursue our career. We are thankful for their support in our endeavors.

How did fame change your lives?

We don’t actually consider ourselves famous, not yet. Performing in front of the audience gives us joy. It is very overwhelming to see them appreciate us and our talent.

Who do you think you’ll be 10 years from now?

10 years from now, we see ourselves as an established musicians sharing our talent to the world.