On January 26, 2015, a terrible news disturbed the whole country about the 44 Special Action Force (SAF) commandos, who were killed in an encounter at Mamasapano, Maguindanao. Since then, chaos arose in the government and the public, wanting to know what really happened in the tragedy. Until now, we are still waiting for a clear answer to this stressful and disheartening event.

To give honor to the Fallen 44 and to the civilians who died in the encounter, on the 40th day of mourning, we give hope for peace and unity in the country. An uplifting nationwide event is being organized by some government organizations and NGO’s to awaken the true spirit of Filipinos. It is called ALL OUT PEACE: A National Day Towards Healing for Unity & Peace, which will be joined by different groups and organizations who believe in the power of prayer and unity among Filipinos.

Below is an excerpt from the AOP concept:

Davao extends its support to the National Day of Healing through simultaneous events in key areas of the city. Here’s the schedule of events on March 6, from ADDU UCEAC.

Let us show our resilience once again. Let us all be part of this call for peace as one, peaceful, united nation.

Thanks to the following organizations for putting up this noble campaign: 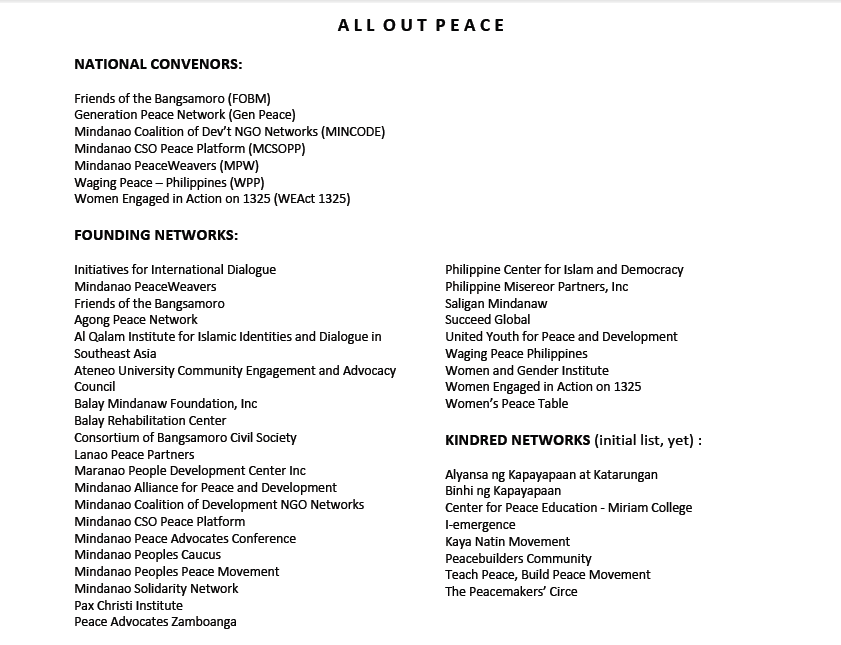 “In UNITY there is PEACE.”