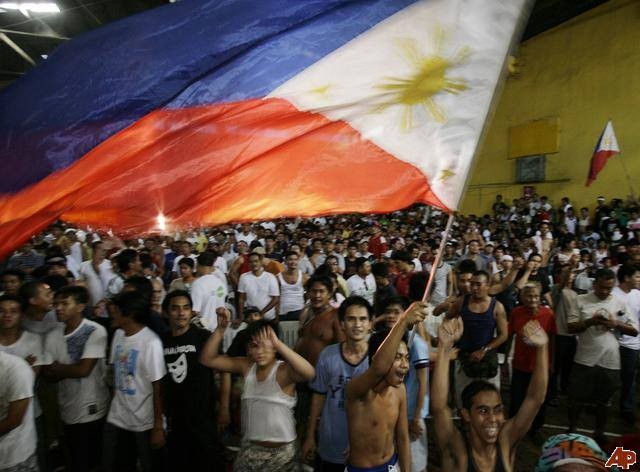 Just as hard as Rody Duterte’s declaration that he is not interested in the Presidency, his legions of followers have stepped up on the efforts to convince the tough-talking Davao City Mayor that he is needed by the people to lead them.

They have organised themselves into groups, sometimes more than one group in each sector like the Overseas Filipino Workers who have countless organisations supporting Duterte, created blogsites, Facebook pages and websites.

Others have started the “Piso Para sa Presidente” campaign, organised Fun Runs, proposed a nation-wide motorcade and even prayer rallies.

The more moneyed have printed tarpaulins, t-shirts and stickers while the richer have ordered hundreds of thousands of ballers with the lettering “Duterte Atin To Pre!”

They just won’t stop, not even in the face of the consistent and persistent declaration of Duterte that he is not interested to become President.

“Just keep the faith. He will run,” said one supporter in a message posted in one of the articles which appeared in this page.

They are not giving up hope even when Duterte keeps on repeating his message that he does not covet the Presidency.

They are united in one dream: A safe Philippines just like Davao City which is now one of the safest cities in the world.

The rave reviews of Duterte’s performance in his appearance in “Gandang Gabi Vice” have once again enlivened his supporters.

Yesterday, a die-hard supporter sent me to the link to a new blogsite he created which hopes to come up with a verifiable list of people who supporting Duterte, down to the town where they come from.

Russel Ian Adem created the blogsite http://duterte-run.mengdanielle.comwhich asks readers to list their names as supporters of Duterte and indicate which place they come from.

I was both touched and impressed by his initiative that I promised him I would post the link in MannyPiñol.com on Facebook which counts as many as 3-million readers.

Russel Ian Adem is one of the millions of Filipinos who sincerely believe that Duterte could make the country safer – free from the threats of criminals, drug-dealers and kidnap for ransom groups.

I will include my name in the list and I am asking the followers of this page to do the same.

It could be the best way to convince Rody Duterte that the people asking him to lead the country are real – complete with names and addresses.

These names could be verified and validated unlike the respondents of the national political surveys whose identities and location are known only to the survey firms.

(Photo credit: This image was downloaded from apricity.com)