“A small body of determined spirits fired by an unquenchable faith in their mission can alter the course of history.” ~ Mahatma Gandhi

What Gandhi once said holds true to what the whole cast and crew of the film ‘Heneral Luna’ did for us, which will unquestionably, leave its mark in our history. They have braved the tide of the history we were used to growing up and let us in into the ‘behind-the scenes’ of the truth behind the truth.

The film paid tribute to the greatest General of the Philippines’ history, Antonio Luna. A man we only know as a General who fought for our freedom and the brother of Juan Luna, but in this film he was a General who was betrayed not only by his comrades but most especially, by Aguinaldo (although the film left that for the viewers to decide). Through this film, he is now admired and praised by Filipinos he deserved and earned.

Jerrold Tarog perfectly crafted the entire film. From the costumes, cinematography, the special effects and sound effects, and the casting, the film is a masterpiece. I personally loved how Tarog is able to create the death scenes without feeling grossed or overcooked. In fact, he was able to make the viewers laugh during those gruesome scenes.

John Arcilla as ‘Heneral Luna’, portrayed him with just the right amount of spunk, madness and tenderness. Even the supporting characters, Epy Quizon as the polio-ridden Mabini, Mon Confiado as Aguinaldo, Joem Bascon and Archie Alemania as the loyal comrades of Luna – Ramon and Rusca respectively, and the rest of the casts, played each of their characters accurately.

The film opened our eyes to a part of our history that was omitted or intentionally forgotten by those who lived after Luna was brutally murdered. It urges us to take a second look into those history books we have read in all the years of our existence. This is a film that should not and will not be forgotten by those who have watched it and should be passed on to the next generation. As Maya Angelou once said, “History, despite its wrenching pain, cannot be unlived, but if faced with courage, need not be lived again.” 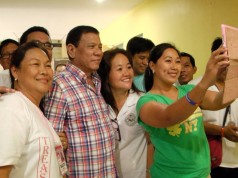 Duterte gives hint that ‘He is Running’ 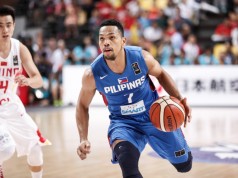 Gilas Pilipinas and the Road to Rio 2016 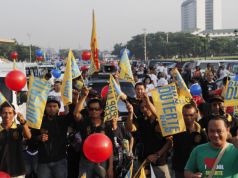