Davao Eagle Online’s mission does not only focus on promoting Davao Region and its tourist spots to capture the interest of people from different regions, countries, and races. The team also supports local talents and showcases the beauty of Davao through them. We believe, in this way, we will be able to extend our influence to help talented Davaoeños get heard.

On March 3, 2015, DEO launched hashtag GanDavao (#GanDavao) which aims to promote our local tourism through social media. GanDavao is a combination of two words; “Ganda” a Filipino word which means Beauty, and Davao, the region/city’s name. Along with it, we created an original song composition for the project, titled with the project name itself – “#GanDavao”. 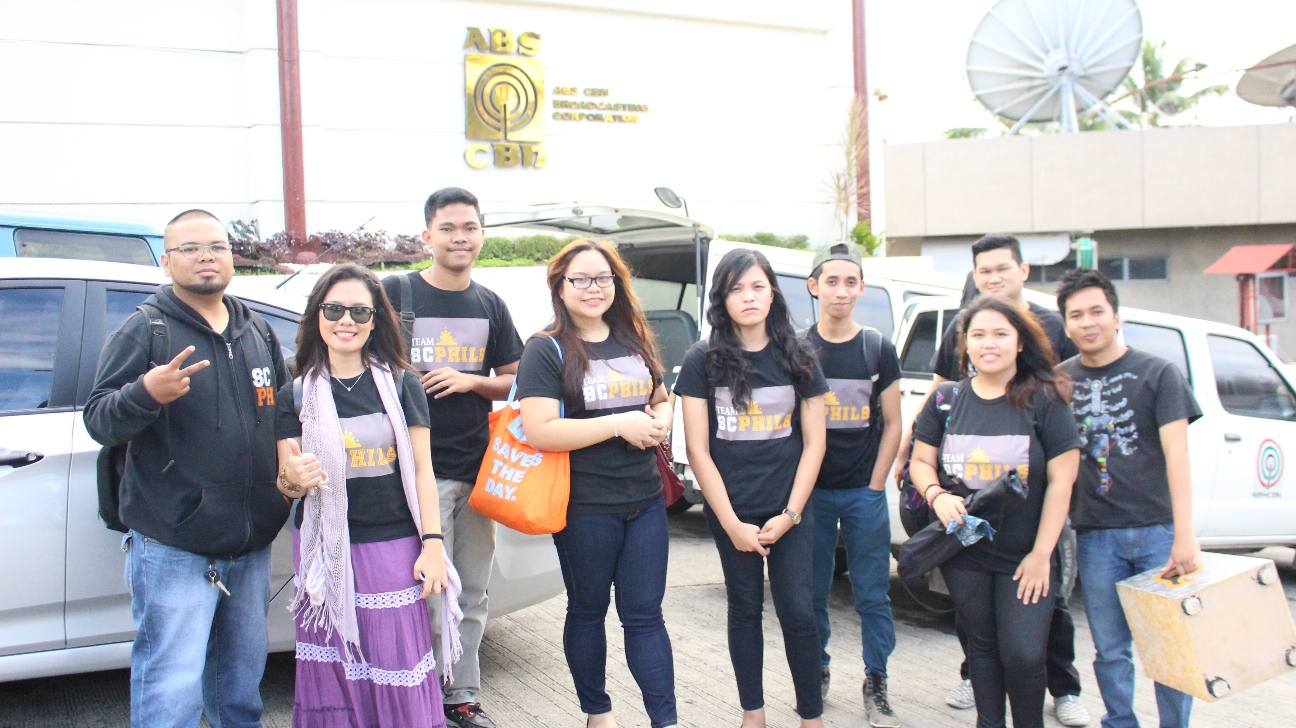 The team’s initial plan was to gather random artists from Davao to create a group that would perform the song and have it recorded. Surprisingly, Pat Maruhomadil, DEO’s Communications Manager & Project Director, learned about the team Davao of SoundCloud Philippines. SoundCloud PH is a community that was formed from an online audio platform called SoundCloud.com, where aspiring musicians upload and share their demos, song covers, and original songs for free. Being an SCPH member herself, she had an idea of having the local team to perform the song instead. To her amazement, she discovered a very talented group of freelance musicians from different parts of Davao. Each has their own impressive backgrounds in music. 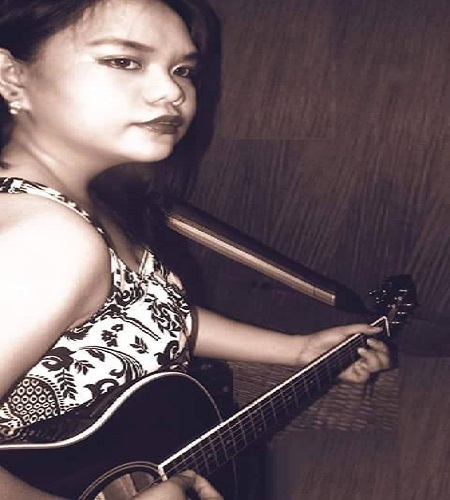 Eamarie is a Jazz enthusiast. She was one of the lucky young singer-songwriters who were chosen to be part of the “Elements,” a national singing and songwriting music camp under the guidance of Maestro Ryan Cayabyab in 2013. 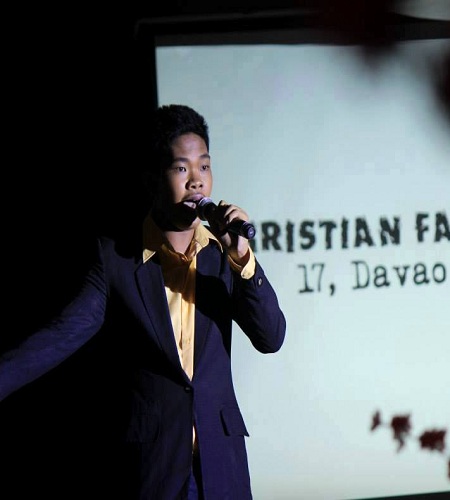 Christian here is a Talent Edge grand finalist. Because of his impressive and powerful voice, he was chosen to be one of the representatives of the Philippines for the World Championship of Performing Arts (WCOPA) in 2013. He is also a pride of Holy Cross of Davao Colleges. 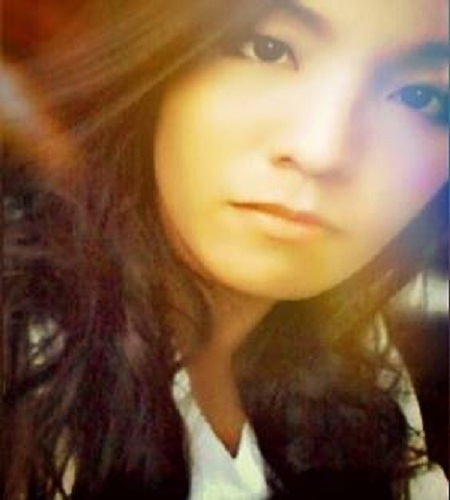 A jazz lover from San Pedro College Chorale, who is also known for her creative mash up of OPM and K-Pop songs. Chrisel always amazes her audience with her relaxing voice in her every performance. 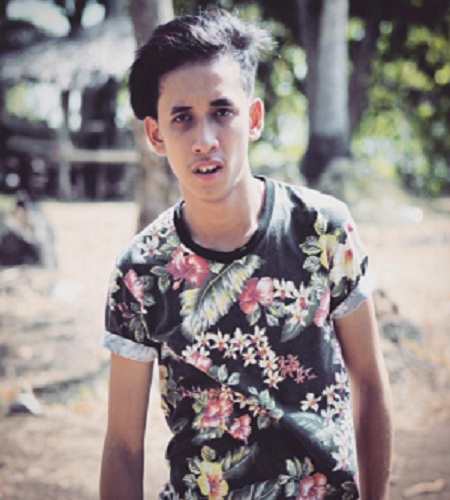 Blessed with a unique talent in songwriting and music production, Jezreel was the first Mindanao Champion of the Voice Combo Sing-Off in 2014. He impressed coach Bamboo with his soulful voice during their jamming session – one of his privileges as a winner. Aside from this accomplishment, he was also a semi-finalist of the Selecta Cornetto “Ride To Fame” competition in the same year. 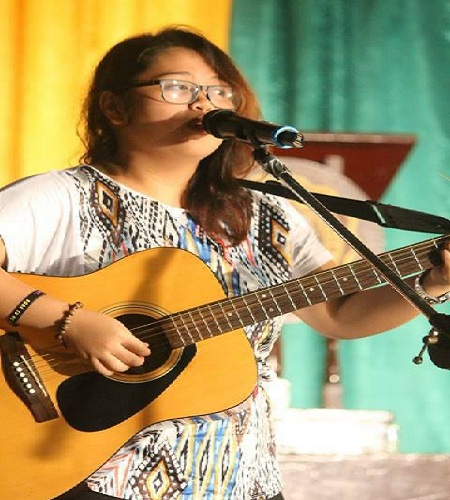 A student from UM Tagum who dominated the Voice Combo Sing-Off Volume 2 Mindanao Leg, Lara is the lead singer of a local acoustic band in Tagum called the “Last Minute To Midnight”; a finalist of the previous Araw ng Dabaw Battle of The Bands. Her angelic voice captures the heart of her listeners as she accompanies her performance with her talent in playing the guitar. 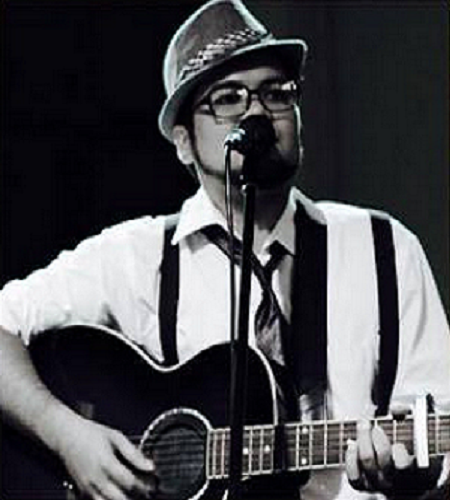 Earl is originally from Manila. He started from being very competitive in school music contests and conquered several competitions during his college years. His leadership complimented his talent in music and singing as he also led some local bands before. He is the founding member of No Curfew Acoustic Band and was also the Sining Musika Director  for 2005 to 2006 of Tanghalang Batingaw Theatre Group, Lyceum of The Philippines University. During the making of GanDavao theme song, he shared his brilliant ideas that completed the overall arrangement of the song.

The mind behind the GanDavao lyrics and melody is DEO’s Project Director and Communications Manager – Pat. Yes, aside from being a writer and a contributor of this site, she also loves to sing and write songs. One of her advocacies is to introduce local Davao talents to the online scenes.

Of course, the soundtrack won’t be complete without the backing track or its music. This is where the GECKO Band came in. GECKO is a local band in Davao who has been professionally performing in the city and the neighboring towns since 2014. Their main genre is reggae with a fusion of pop and cultural sound. It is one of the bands being managed by SaMaDhi Davao or Samahan ng mga Musikeros sa Davao. SaMaDhi is an organization that supports local talents in Davao and guides them throughout their journey in the music industry. They also help them get gigs and guesting to further showcase their talents and train them to be responsible and better musicians.

Our project director, Pat Maruhomadil, approached SaMaDhi’s president, Ms. Rosandra Carpio.  She asked her for ideas and assistance on how to make a neo-cultural arrangement for GanDavao. Ms. Carpio then introduced her to Julius Ramos, the leader of GECKO band. Fortunately, Julius is also known for making music arrangements and compositions even before he formed the band. He’s the brain behind the brilliant arrangement of the song. From its acoustic demo, Julius created a fascinating neo-cultural music out of it.

Princess is the only female member and the lead vocalist of GECKO. She owns one of the amazing voices in the track. She had been visible in singing contests before joining the band. This is how GECKO’s leader found her and invited her to perform with them. Since then, she became the face of the band. With her powerful voice, GECKO nails every performance they do.

Now, here’s the official soundtrack of #GanDavao in a collaboration made out of passion for music, friendship, patriotism, and real local talents. For the love of Davao!