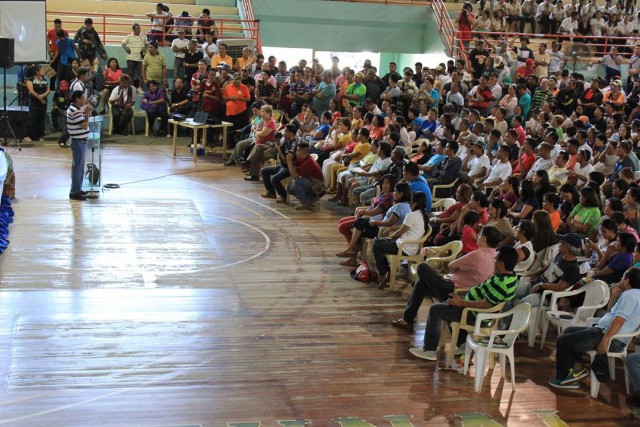 It may mean something, or nothing at all. It won’t interest those who are rooting for Sen. Grace Poe, Vice President Jojo Binay or Secretary Mar Roxas.

For those pushing for Mayor Rodrigo Duterte though, you might find this interesting.

Google the name Rodrigo and you’ll find out that it means “Famous ruler” in Portuguese, Spanish, American and German.
It is a Spanish and Portuguese name derived from the German Roderick which literally means “he who is rich in glory”.
Among the most famous Rodrigos in history are: the last Visigothic king of Hispania in the 8th century; birth name of Pope Alexander VI; a Brazilian footballer; Argentinian singer; Mexican singer and performing artist; Brazilian mixed martial artist; a Brazilian senator; the first European since the Vikings known to have seen America; and the 11th century Iberian warlord El Cid Campeador, among many others.

The urban dictionary defines Rodrigo as a person who wants everything with reproductive organs. A walking hormone, hmm.
A site for pregnancy and babies meanwhile claimed Rodrigo is an Italian boy name meaning “famous, powerful ruler”.

Elsewhere, it is Rhydderch in Welsh, Rurik in Russian, Rodrigue in French, Roderick or Roderic in English.

For people who consider it too long to use, it is Ruy in Spanish, Rui in Portuguese, Roi in Galician and Rod in English.

When he was asked by ABC 5’s Luchi Cruz-Valdez how his nickname is pronounced “Rody” or “Rudy”, Mayor Duterte replied that his mother pronounced it “raw-dee”, spelled R-O-W-D-Y, oh well.

Anyway, there is no denying the Duterte phenomenon in the 2016 election campaign. While he is said to be in fourth place according to the latest Pulse Asia survey which, considering the margin of error, is good enough for a tie for second, many candidates would love to trade places with Mayor Duterte at this juncture.

The Saturday rally in Luneta was a case in point. Mayor Duterte has repeatedly declared that he is not running, told organizers to stop it and his followers not to go there.

There were no big names among the organizers, no promise of food or cash, not even celebrities to provide entertainment.
But while there leaves much room for criticisms for the media coverage it got, the people who went there, and all those who could not be there but followed it on social media is a fan base that is the envy of any political organization.

Mayor Duterte himself could not help but acknowledge the sacrifices of those who went there and all who made the rally possible in a text message read for him by retired Chief of Staff Hermogenes Esperon.

The Duterte supporters may be a minority at this point, but there is no other group that is as passionate, as dedicated and as committed notwithstanding the fact that he might not even run at all.

A group calling itself “Anonymous Patriots for Peaceful and Progressive Philippines” or AP4 has pledged to raise an initial P1 billion to help fund Duterte’s campaign.

OFWs have been putting up chapters in different parts of the globe to express their support for Duterte. Nothing like this has ever happened before. This is the first time OFWs have actively involved themselves in a Philippine presidential election.

Critics and opponents have started to take notice, some heckling at what they claim is a flip-flopping. Of course, it isn’t true because Mayor Duterte has always maintained that he was not running.

But even if he did, what’s wrong with it?

The eminent British statesman Winston Churchill pleaded guilty to it.

“In the course of my life, I have often had to eat my words, and I must confess that I have always found it a wholesome diet,” he declared.

The great Indian scholar and nationalist Mohandas Gandhi was once asked why he took a different position than the one he had earlier.

“Because today, I know better,” replied the man who preached active non-violence in India’s struggle for independence.

As mayor of the southern Philippine city of Davao, history is not on the side of Mayor Duterte because no President ever came from Mindanao.

More so, if he runs, he might have do it without the support of powerful political parties, big business and the giant media organizations.

Will Mayor Duterte live up to the meaning of his name and become a “famous ruler” of this country?