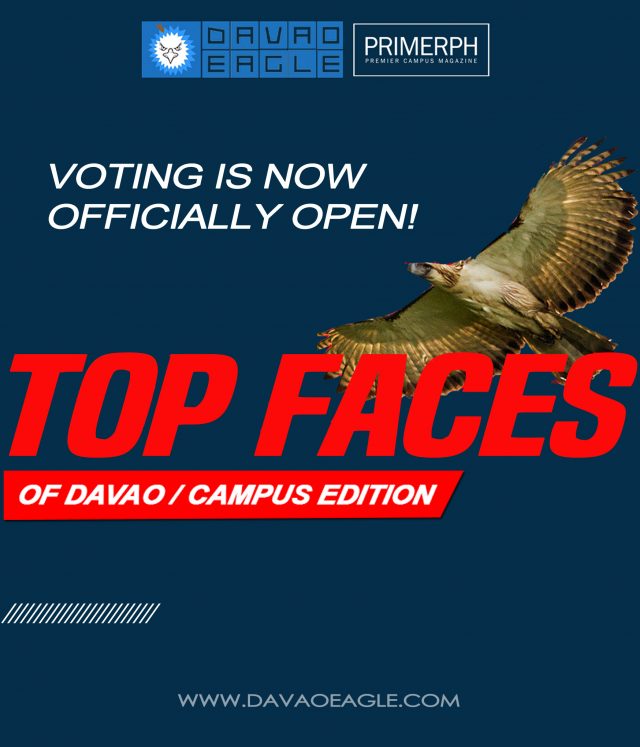 For five years, Davao Eagle Online has been dedicated to discovering local talents in the region including people who have made an impact in the society both on and offline.

Top Faces of Davao is a trademark project of Davao Eagle Online that aims to recognize outstanding individuals in the region. This year, the Top Faces of Davao Campus Edition was launched to give the spotlight to our young influencers from the different schools, colleges, and universities in Davao. These youths will represent the Davao Eagle vision and mission and will become ambassadors of goodwill to help in promoting local tourism and economy, peace, unity, and the real spirit of a Davaoeño youth.

With the inevitable influence of social media and the web on our youth today, we aim to use that influence to help them become a better example to their generation.

We have just come up with the Top 50 candidates and now, it’s time to show your support to your chosen candidates!

Here are the schools our Faces are currently enrolled: