Did you just sing this popular children’s song while reading? I bet you did! But did you know that there are actual people who call themselves Baby Sharks? You might have already bumped into them at your local mall or even in the streets because these baby sharks are as real as the day! Girls, they are the type of sharks that you’ll surely love!

Tagum City, a host of many talented individuals, indeed, has a lot to offer. A new one has just started to rise up the ladder.

Let us meet Babysharks, the newest boy band in town.

The group started as “Babysharks Official” when Jo Zedd, a student of ACES Tagum College, was invited to perform in his school’s event. He didn’t want to perform alone, so he called the three to perform with him which eventually started the group. 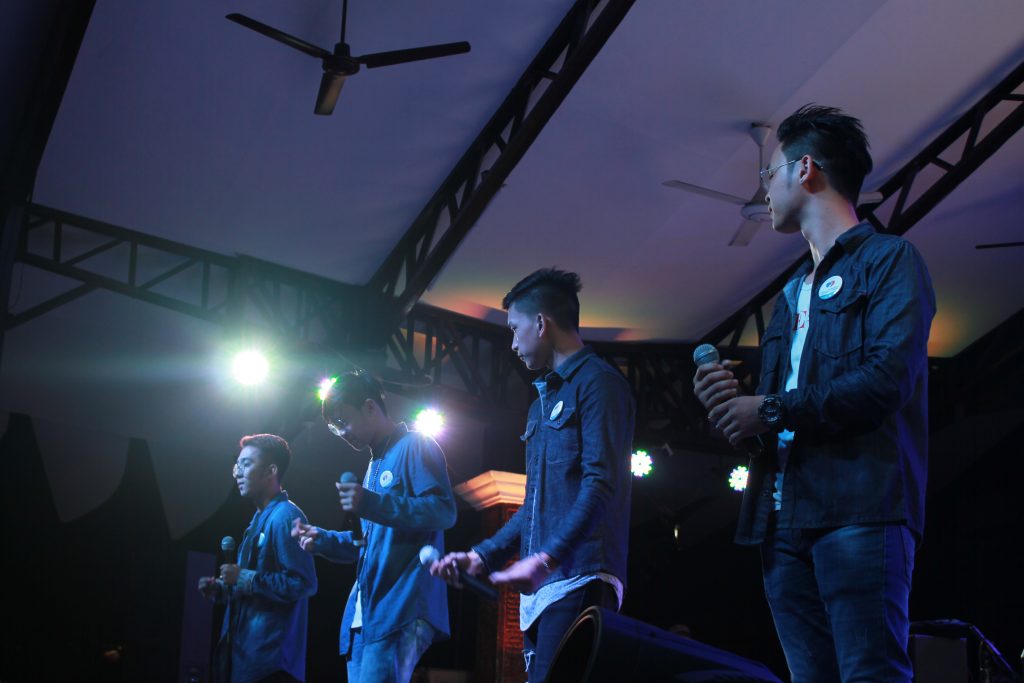 During the “Huni sa Kalinaw: A Peace Solidarity Concert” held at the Rizal Park, Davao City on September 29, 2017, the group had the chance to perform their covers in front of the Dabawenyo crowd and the Davao Peace Council.

“Through music, we express our emotions and there are kinds of music na mag madunggan (when heard), tanan tao mag-unite (people will unite),” Jhude Dexler said in an interview after their performance. He is also a peace advocate and is also a part of an international organization of peace advocates.

“Through talent, we want to promote peace by being a good model to the people,” the group also said.

The band emphasized that aside from being performers, they are also an effective conveyor of a song’s message. They wanted to connect with the people through singing.

Babysharks dreams to be the first boy band in Tagum to get attention not just in the local scene but hopefully, also on a national level. When they were asked where they see themselves years from now, the group said they want to join big competitions such as Pilipinas Got Talent and X Factor Philippines.

Nowadays, many boy groups like Babysharks have tried but failed. Some only managed to make a hit on the radio but went silent afterward. But since this group came from a city called “Tagum-pay” (success), who knows? They might become the next big shot in the music industry, achieve their dreams, and succeed.