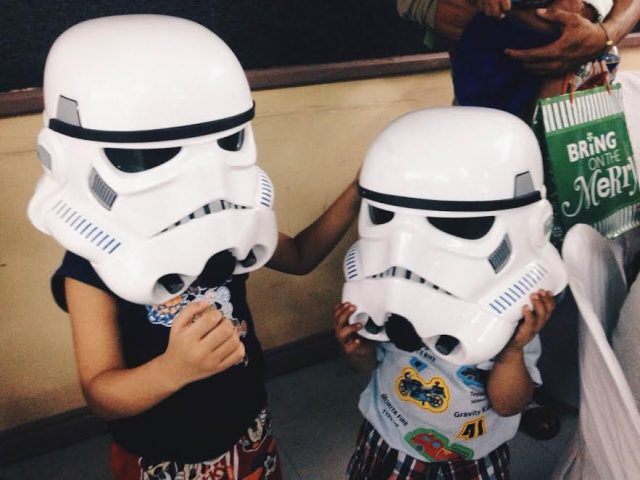 With the global anticipation of the new Star Wars movie, Rogue One: A Star Wars Story, the country’s #1 mobile brand, Globe, reinforces its partnership with the iconic movie franchise through a heartwarming video inspired by triumphant children. Now a viral material since its launch on the telco’s official Facebook page, it has over 41 million views and has been recognized by top online news outlets such as CNN, Mashable, Huffington Post, and UpWorthy, among others.

The video tells the story of a girl who goes about her every day wearing a Stormtrooper helmet that ultimately piques the curiosity of people around her. One day, she enters her classroom and is surprised that her whole class too was wearing the same helmets, showing her support. This then leads to the heartwarming reveal of the girl’s condition when she takes off her helmet to reveal the oxygen mask.

Beautifully demonstrating a child’s resilience and triumph over challenges, the video garnered praise from all over the world, especially from the Star Wars community of fans. Ultimately, the video was produced to raise awareness for the company’s partnership with the Philippine General Hospital (PGH).

“They say courage does not always roar. Sometimes courage is the little voice at the end of the day that says I’ll try again tomorrow. Out to make a difference, we want to pay tribute to the real heroes of today – the triumphant kids at the PGH Pediatric Ward. These heroes courageously battle through cancer every day, and we are more than proud of all of them. This inspired us to put more meaning to the Star Wars campaign by actually empowering our customers to lend a helping hand through donations right on their mobile device. Prepaid and Postpaid customers will easily be able to donate using their prepaid load or charged to their postpaid bill,” shares Issa Cabreira, Globe Senior Vice President for Consumer Mobile Business.

In line with its support for the PGH, Globe representatives and ambassadors recently visited the kids at the PGH Cancer Institute to give a day full of surprises. From good food to exciting gifts for the kids, Globe organized a fitting finale to its visit by surprising the kids and their families with the appearance of Stormtroopers! These volunteers were from the 501st Legion dressed in full Stormtrooper gear that provided entertainment for all kids.

Customers who want to help join the movement to create courage for our everyday heroes can learn more about how they can donate by visiting www.globe.com.ph/surf/rogue-one. Follow @enjoyGLOBE on Twitter and Globe Telecom on Facebook for #RogueOnePH updates.