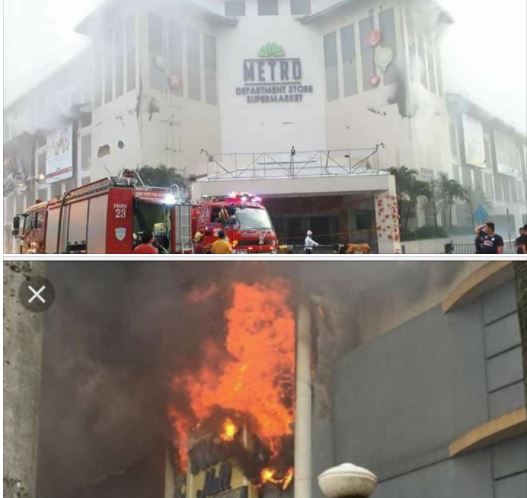 A certain Jay El Dagum Templonuevo, changed his name to Jay Alvarez after his post gone viral, who claimed from Cebu posted in a public group Pulitika sa Sugbu a comparison of Davao fire incident on December 23, 2017, to the recent Cebu fire with two different photos of the incidents. Many of the netizens were not too happy with the post.

He was being sarcastic in comparing Davao’s world-class equipment not able to save lives during the NCCC fire than of Cebu’s equipment and without 911. 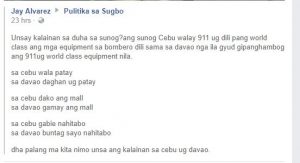 He even calls those who were defending Davao’s situation as trolls and stupid. 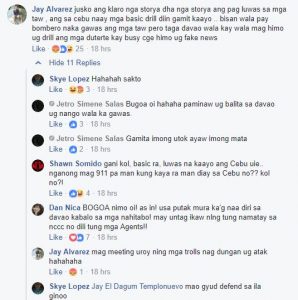 The post garnered more than a thousand of angry emoticons, and shares. Netizens also were discombobulated with his post. Many of the netizens left angry comments in his post. 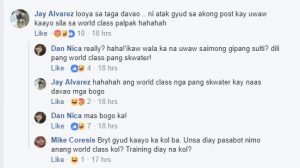 While some of his points are correct, does it justify to sarcastically mock Davao City? What do you think netizens?