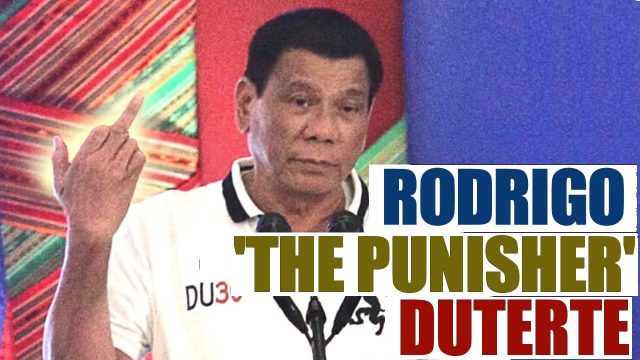 Two years after winning the Presidential race President Rodrigo Roa Duterte still enjoys a high satisfaction rating across the country. Although the oppositions and antis had been throwing controversies in his administration, millions of people in the Philippines are still trusting the government. Those who do not like him and his governance, and foreigners may wonder what makes him so popular. Aside from the proven fact that he has a strong political will and does not take any bullshits in running the country, here are the top 3 traits of PRD that makes him remarkable among the Filipino people.

1. Duterte is a real person. PRRD is the walking “what you see is what you get.” He says what’s on his mind, and he does whatever he says. During his interview after arriving from Tacloban after visiting the ground zero of Yolanda, he was distraught and it showed in his face. He was disheartened and it showed in his words. He was even teary-eyed when he recalled the horror he personally saw in Tacloban during the aftermath of Yolanda.

He is sincere and in tune with his emotion. If he is mad and frustrated he swears. And he swears a lot. He just doesn’t care whether you are the President of the United States of America, United Nations Organization, Human Rights Organization, the European Union, or even the Pope if they put the best interest of the Filipino people aside they’ll surely his crunchy curses and wrath. He defies the standard the society has imposed on the leaders, and to himself as President of the Republic.

2. He is relatable. Whether the Filipinos will accept it or not, he belongs to the minority of the country thus a lot of people can relate to him. All his life he lives outside imperial Manila which exposed him to the realities of life in the Philippines. He had seen poverty, corruption, war and killings, abuses, addictions in their worst. He had seen and fought them head on.

During the Marawi siege, Duterte was there and was hands-on from the beginning until the rehabilitation of the city. He cried for and with his people, and he is willing to die to for them.

Duterte visits and provides for his wounded soldiers and policemen. He secretly visits the ward of cancer patient children with gifts. The welfare of the law-abiding citizen comes first before anything else for him.

Catholics. He exposes the “Padre Damaso” in the institution. Nothing is wrong with religion. It is the corrupt people in the church that stains the religion. Filipino people are well aware of what’s going in their churches but dare not to comment about or question in the fear of ‘divine retribution’. This had long been used to instill fear among the religious people. The President became the target of hatred of some Catholic priests and religious leaders. However the more they initiate hatred towards the President, the more the pandora box of the religion is opened.

3. His works speak for himself. The changes in Davao and the policies implemented in the city reflect the type of governance he has. He was the first local politician who spearheaded the Yolanda Relief Operations and brought Davao’s latest rescue types of equipment, and the best of the medical practitioners and people to the ground zero to help out. He and his team came first before the national government did. While the crooked politicians were busy for the photo op and the political propaganda in the relief goods, he was already in the place doing whatever he can to help. No doubt he won the hearts of the people in Tacloban. When Tacloban wept, he wept with them. When they mourned, he mourned with them. He was like their ray of sunshine in the darkest place. He gave people hope and encourage them to stand again.

When he said he’ll close Boracay, despite all the antis and hates he received he stood firm in his decision. And the result? Just look at Boracay’s shoreline today. It was worth all the hard choice he made for Boracay.

Sure our President still has a lot of best traits we can list down but the 3 mentioned above are the traits we believe are the main reason he is popular until today. There may be a lot of people who dislike him but they cannot deny that these traits are what makes him remarkable. What about you? What are the President’s traits you’ve seen that drew you to him?