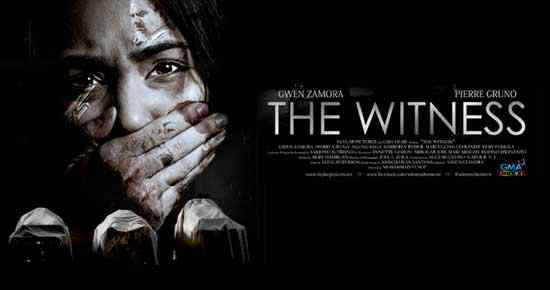 Last Sunday afternoon, March 25, 2012, at Gaisano Mall of Davao Cinema 5, I and my best friend Ino were finally able to watch “The Witness”.

After the success of the classy Pinoy horror movie “The Road”, GMA Films delivers another outstanding movie set in Indonesia– “The Witness”. “The Witness” is top billed by Gwen Zamora who portrayed the role of Angel Fordeliza Isagani, a hotel manager who was transferred from Manila to Jakarta. She is haunted by strange dreams about a young man named Aris, who attempted suicide by firing his own gun into his mouth. 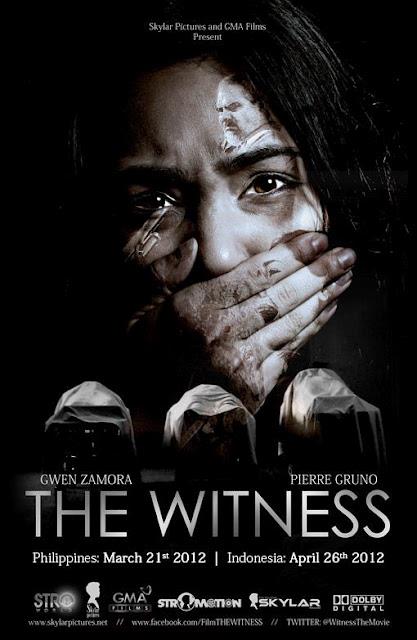 The movie trailer reveals that her family was murdered in the movie. It intrigued me that it convinced me further to watch the movie.

The story was well crafted. It really baffled my instinct. It made me ask what’s going on, what the movie is going to be about. It craved me to discover more about it. Director Muhammad Yusuf did an awesome job. The movie itself gave me the task to discern things surrounding in the movie.

I think Gwen did a good job in carrying out the very “inferno-like” situation of Angel, although she has a tendency of delivering her lines monotonously. Most of the dialogue were in English, partly were in Tagalog and Bahasa Indonesia languages. The dialogues from some of the cast on some scenes were not that clear. I honestly did not understand some of the lines. But I believe they did very well in their respective portrayals.

I really screamed back and forth in the theatre. I found my deed really awful that Ino keeps on reprimanding me to shut up. I loved the mindfuck killing and chasing scenes! Everybody in the theatre was seriously screaming during the most extreme scenes. Damn it!

It has a good cinematography. But I just want to further compare this aspect with the previous offering “The Road”. Undoubtedly, “The Road” has an excellent cinematography. I was searching in the movie for some elements of what I saw in “The Road”. It was well but I was looking for more.

I noticed that GMA Films is finally making a mark on international scene this year. “The Witness” was great but I found “The Road” much better. But it is something like you have never ever seen in Philippine motion pictures before. It is a must-watch.