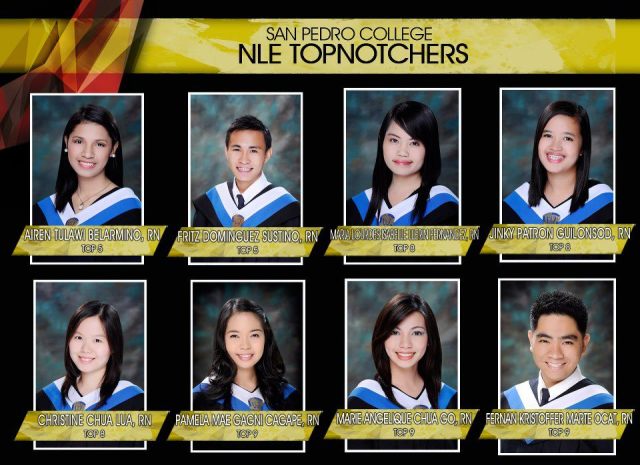 Mid noon of January 30 of 2013, an outrageous event is bound to happen. We all know this gonna happen but truly nobody was prepared enough for the news. 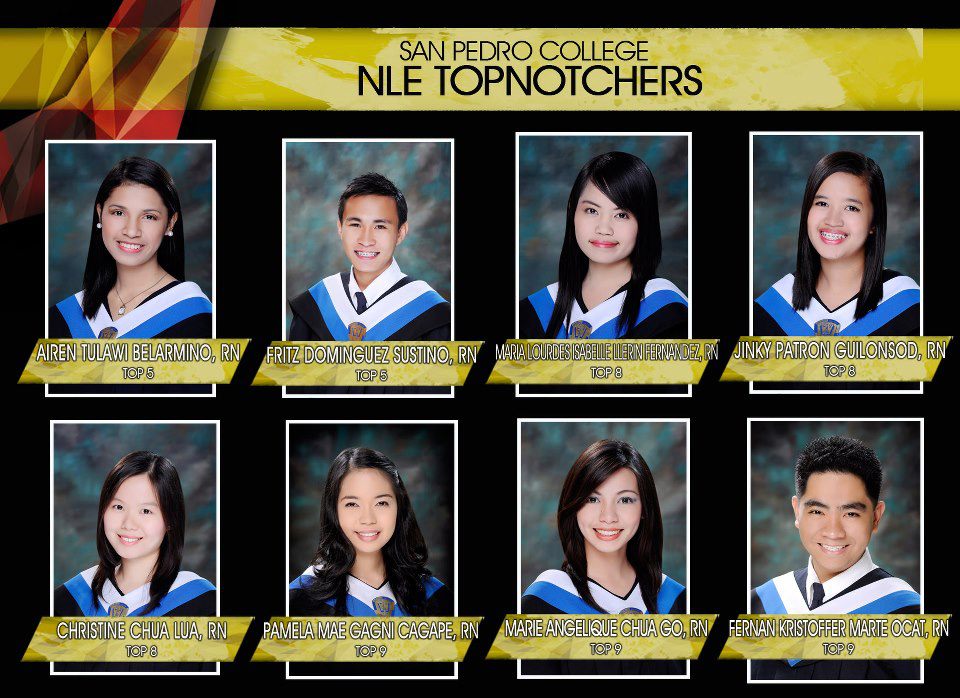 San Pedro College of Davao, considered the best nursing school in Mindanao, was hailed as the Top 8 Best Performing Nursing School in the Philippines. And truly, 8 is a lucky number. SPC placed 8 Top-notchers in the said examination.

SPC is also has one of the most numbers of examinees: 500 first taker and 29 retakers. Out of the said number 473 passed with the total percentage of 89.41%. Surprisingly, 93% of the first takers were able to make it that is why being a top nursing school was never a question.

Jeannie H. Bibera, RN, MSN, the Dean of Nursing of San Pedro College expressed her feelings just moments after the results are released. “Of course it is very overwhelming in our part, the SPC community. It is a great blessing from the Lord because we prayed for that and our graduates also exerted their effort to meet their goal to be registered nurses”, stated Mrs. Bibera. When asked if she has any message to all the board passers, she said: “The Nursing Faculty and the whole San Pedro Community is very happy and truly proud of your achievement. Again, you have placed SPC on the map. We are very thankful of what you’ve done to place our level as San Pedro College: a Center of Excellence.

Mrs. Bibera also stated how proud she was for having 8 topnotchers from the school. “I hope they will serve as inspiration for the under-graduates especially the graduating class. Keep up the good work!”

As I reflect on the events that happened, one thing is for sure. As long there are people, there will still be nurses.

Got something you want to be featured on DEO? Contact me on this link.