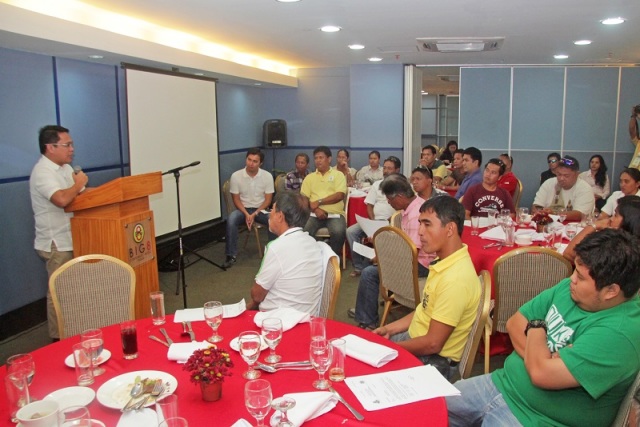 Such meeting was in accordance with DILG Memorandum Circular 2013-115 which sought the smooth turn-over of power in the barangay government following the recently-concluded barangay elections.

On the other hand, the Local Government of Tagum headed by City Mayor Allan L. Rellon personally congratulated the newly elected and re-elected Barangay Captains during the meeting, saying that these leaders will be his working buddies in bringing the city into much greater heights.

Mayor Rellon said he is excited to work with them under his administration and to advance the cause of the local government under his flagship agenda aptly coined as EAGLE WINGS Program.